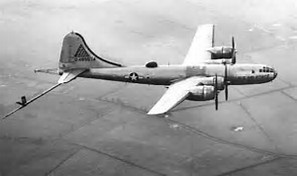 Dwendon “Mack” Lee, beloved husband, father, brother, grandfather, and great grandfather, passed away Thursday, 21 Sept at the age of 85 after a valiant battle with cancer.  He was born 24 Mar 1932, in Torrey, Utah the oldest son of Dwendon Amon Lee and Thelma (Maxfield) Lee.   Graduating from Utah State University in 1954 with degrees in Political Science and Economics while also in ROTC and was immediately commissioned as a 2 Lt in the US Air Force.  While stationed in Texas he met the love of his life, Annette Angela Nault and married her in 1956.  Together they were married 61 amazing years with numerous military moves to such interesting locations as California, New Mexico, Texas, Okinawa, Thailand, and North Dakota with his last move, after retiring from the Air Force, being to St George, Utah, in 1979.

While in the Air Force, Mack became a navigator and later an instructor navigator flying KB-29s and KC-135s.

After moving to St George in 1979, Mack and Ann teamed up to have a very successful career in real estate sales from 1979 to 2012.  As a Real Estate Agent GRI, Mack was a double Centurion, 3 time Top Sales Agent in Utah, Century 21 Hall of Fame in Denver, Top Salesman of Rocky Mountain Region.  While a sales agent, Mack considered his long lasting relationships with his customers and fellow agents as one of his best achievements.

Viewing will be 10:00-11:00 AM Wed, 27 Sept at Hughes Mortuary with a military honors graveside service at 11:00 AM at Tonaquint Cemetary. In lieu of gifts or flowers, please make donations in care of Wounded Warrior Project, on line at https://www.woundedwarriorproject.org/donate or by mail to  PO BOX 758516 Topeka, KS 66675.

To send flowers to the family in memory of Dwendon Maxfield Lee, please visit our flower store.
Send a Sympathy Card