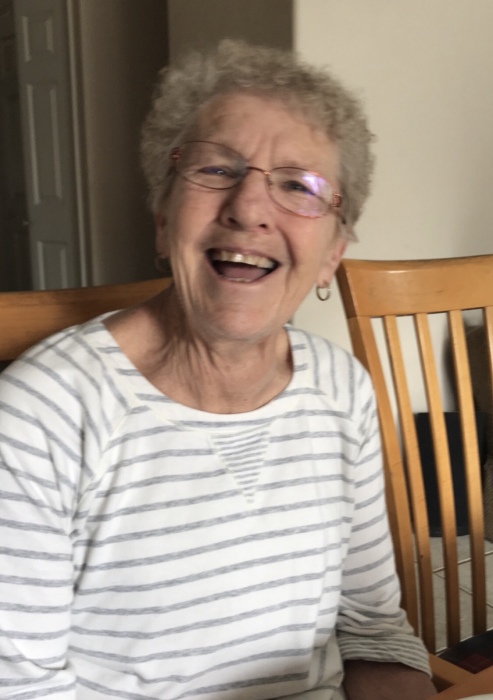 St. George, Utah – Edith (Edie) Kay Seipp, 74, passed away Saturday, April 20, 2019 in her home surrounded by her family.  She was born January 26, 1945 in Rock Springs, Wyoming and was raised by Arthur Cook and Agnes Bell Stewart.  She married her sweetheart Dale Leon Seipp on June 25, 1966 in Rock Springs, Wyoming.  The marriage was later solemnized in the Oakland, California Temple on January 7, 1967.

Edith was raised in Rock Springs, WY and graduated from Rock Springs High School in 1963.  She attended Brigham Young University from 1963 to 1964.  In 1964 she was back in Rock Springs when she met her sweetheart, Dale Seipp.  They were married and moved to Stockton, CA where Dale was stationed in the army.  They returned to Rock Springs in 1968 where their first son Michael was born.  Shortly there after they moved to Logan Utah where Dale attended Utah State University.  While in Logan, Edie gave birth to their second child Michelle.  After Dale graduated from Utah State they moved to Denver Colorado.  They spent 2 years in Denver with their young family.  They returned to Rock Springs in 1974 and their third child Jeff was born in 1975.  Edie and Dale lived in Springville, Utah for a short period before moving to St. George, Utah in 1981.

Edie loved her job at Dixie College (Dixie State University) where it put her in contact with  so many kids and people that became member of her family.  Students and athletes all knew she loved unconditionally.  There was never a quiet Sunday at Miss Edie’s house.  Always full of college students, friends and family.

She found a new calling which she excelled at beyond measure which was Grandma.  Her grandkids and great grandkids brought so much joy into her life.  No matter what activity they were participating in she was there, cheering on louder than anyone.

Edie loved her athletic events!  From Dixie State to Utah State, to SUU to eventually her beloved Pine View High School where she watched all her grandkids excel in each different area of interest.

To send flowers to the family in memory of Edith K Seipp, please visit our flower store.
Send a Sympathy Card