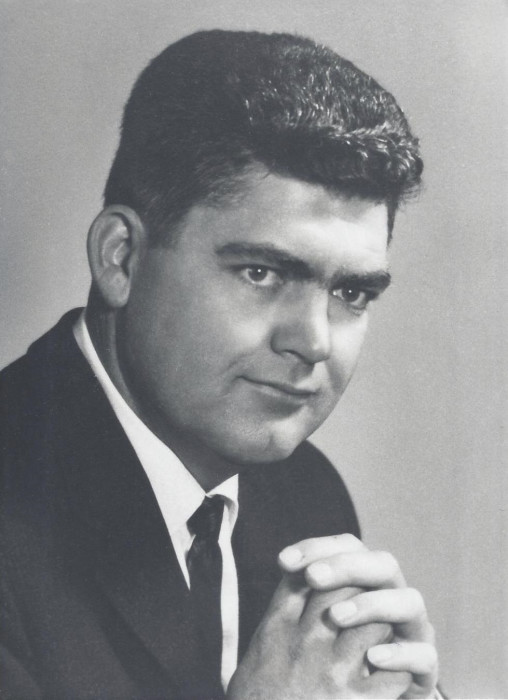 Einar Clayton Erickson, beloved husband and father, passed away in his home early Sunday morning, March 28, 2021 at age 92.  He was born on August 7,1928 in Ruth, Nevada to Harry Clayton and Erma Anderson Erickson.

He attended Ruth Elementary School through 8th grade and then White Pine High school in Ely Nevada and graduated in 1946.  While living in Ruth he won a Boy Scout scholarship in Archaeology and Geology and a summer trip to Mesa Verde National Park, Colorado. He spent time with the Navajo and Hopi people which made an impact on his life. He stayed at the trading post with the wife of John Wetherill, one of the Wetherill brothers who found the major ruins of Mesa Verde.

He joined the Army Air Force the year he graduated from High School.  He was stationed in Japan during the Reconstruction. While there, he was set apart to help open the Japanese Mission incurring many spiritual experiences and additional interest in Oriental cultures. He came home in 1949 and through the G.I. Bill; Einar acquired his Bachelors (1954) and Masters (1957) degrees from BYU in Chemistry and Geology, briefly interrupted during the Korean War with a recall back to active duty. He received his Ph.D. in Near Eastern Studies from George Wythe College(1996).

In 1952, Einar married Georgia Gudmundson, his younger sister's best friend. Together they traveled much of the world either through his work or their interests in different cultures.

He worked for years as an Exploration Geologist in the Yukon and Nevada. He was a Registered Professional Engineer. He loved to hunt and fish and took many of his posterity on trips to do these activities.

Over the years he acquired over 24,000 books, which he had read, of many subjects which he had in his personal library. This permitted him to do all his research without having to go to any other source. In 1951, while studying Archaeology under Dr. W. Jackson at BYU, he was introduced to the Dead Sea Scrolls. By 1954,  he was doing presentations on the Dead Sea Scrolls and popular requests kept him busy presenting two or more Dead Sea Scroll talks each month. He was asked to tape some of his presentations and this led to a taping program with the Seventy's in the Simi Valley Stake, California for the full-time missionary program and resulted in more than 60 tapes (now digitized on einarerickson.com) dealing with Ancient Documents that confirm the Restoration.

Mining was his work, Archeology was his passion. As an experienced pilot, during the 1970’s Einar did volunteer work for the Navajo Tribal Museum, locating Pueblo III sites and cliff dwellings from the air and then verifying them by ground trips.  In the 1990’s he volunteered his efforts to the Dixie National Forest,the BLM areas of the Arizona Strip and Beaver Utah District of Southwestern Utah, in an effort to establish sources of obsidian found in the Southwest, and the trade lanes through which the obsidian was transmitted. They processed field data on over 65 villages and sites.

Not only did he do lectures but he loved to share his knowledge in many ways.   He taught geology at BYU and off campus courses on religion for BYU. He has taught off campus courses in Geology and Anthropology for the University of Nevada, Reno, where his students found many ancient sites in Nevada areas. He taught off campus and Elderhostel programs of Geology and Archaeology for the University of Southern Utah at Cedar City for several years, and for more than 10 years he taught Astronomy, Archaeology and Geology for the off campus and Elderhostel Programs of Dixie College in St. George, Utah. He has been the tour guide for groups from Dixie College Programs to archaeological sites in Peru and the Yucatan. He was a Teaching Assistant in Geochemistry at the University of Arizona in 1961-1962, and in 1995 lectured for George Wythe College, then teaching Astronomy, Geology and Archaeology. All during this time he taught the gospel Doctrine class for over 40 years. He truly believed that the more knowledge you obtain in this life the greater the advantage in the life to come.

He was known to others as a spiritual giant and was influential to many people. His love of the Gospel strengthened many testimonies in their search for truth. He was patient, kind, and loving and a wonderful husband, father and grandfather.

He is survived by his sweetheart wife, Georgia, of 68 years and children:  Ty(Michelle) Erickson of Las Vegas, Nevada; LaStar(Lyle) Richins of St George, Utah; Shara(Cory) Forbush of Las Vegas, Nevada; Renvic(Amy) Erickson of St George, Utah. Also surviving is his daughter-in-law, Kathy Erickson. He is preceded in death by his son Ranel Erickson, granddaughter, Tesja Mae Erickson and siblings, Elizabeth Erickson, Verena Lue Tate and Lynn Erickson. He leaves behind a wonderful posterity of 28 grandchildren and 66 great grandchildren with three on the way.

Funeral Service will be Saturday, April 10 at 11:00 am at the LDS Chapel, 511 S Valley View Drive, St George, Utah. Viewing will be at 9:00 am at the same chapel.  Interment will take place in the Tonaquint Cemetery in St George.

To send flowers to the family in memory of Einar Clayton Erickson, please visit our flower store.
Send a Sympathy Card