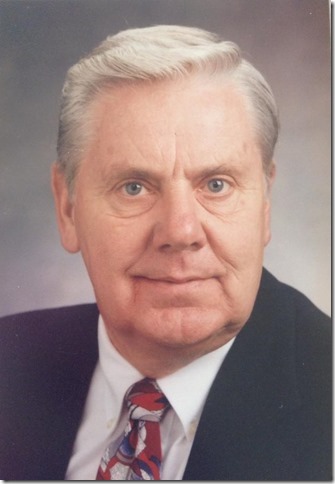 St George, Utah resident, Emanuel Robert (Bob) Bagley passed away peacefully on Friday, May 24, 2019 lovingly surrounded by his family. He was born on October 9, 1934 in Baker, Oregon to Vivian M. Smith and John H. Bagley. He married his high school sweetheart, Patricia Ann Everett on October 16, 1953 in the Idaho Falls Temple.

Bob was raised in Baker, Oregon. His father passed away when he was 8 years old and so his mother raised him on her own after that. He later moved to La Grande, Oregon where he graduated from High School in 1952, along with his soon to be wife, Patricia. After attending Brigham Young University for a short time, he went on to gain his BS degree in Education from Eastern Oregon. He then got his Masters from Sac State, CA and his Doctorate from Columbia University, NY. His Educational Professions included being a Teacher, Vice-Principle, and Superintendent. He later got his Real Estate License and found a love as a Land Developer/Builder in California, as well as in Utah. When first arriving to Utah, Bob taught a short time at BYU as a Teacher in the Education Department. His said his favorite hobby was working in the yard and growing a garden. His goal was to make every yard beautiful for his sweetheart.

His callings in the Church of Jesus Christ of Latter Day Saints included: Stake Sunday School President, High Councilman, Counselor in the Bishopric, but his favorite callings were Gospel Doctrine Teacher and Sunday School Teacher. Over the years, he also enjoyed being a home teacher to many families he adored. He served 4 Stake Service Missions in California, Utah, Oregon and Pennsylvania. He gave the best Priesthood and Father Blessings to family members and those who were sick and needed them.

Bob is survived by his Spouse, Patricia Bagley; his 7 Children- Jennifer, Donald, Jeffrey, Mark, Elizabeth, Katherine and Karen; his 20 Grandchildren; and his 8, soon to be 9 Great-Grandchildren. He is preceded in death by his Parents and 8 Siblings.

A viewing will be held on Wednesday May 29, 2019 at 9:30 am in the Relief Society Room, followed by Funeral Services at 11 am in the Chapel. Both these services will be held at Bob's previous Silkwood Ward Building on 2668 E Crimson Ridge Drive in St George, Utah. Interment will take place in the Washington City Cemetery following the Funeral Services. A luncheon will be served back at the Church at 1:30 pm for family and close friends.

To send flowers to the family in memory of Emanuel "Bob" Robert Bagley, please visit our flower store.