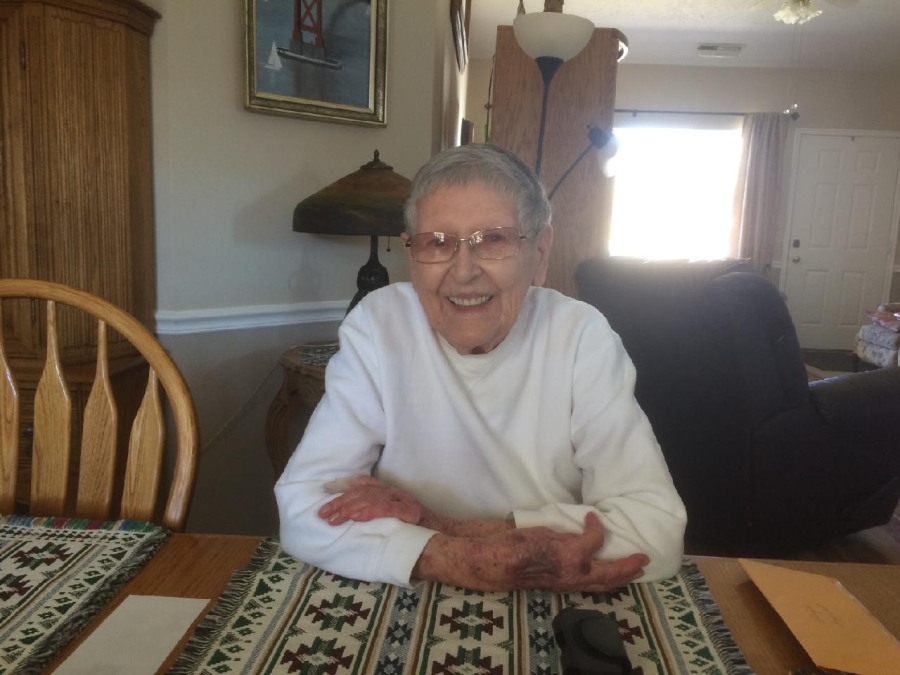 Frances B Szyszka passed away on Friday, May 14, 2021 in St George, Utah.  She was born October 5, 1929 to Oliver Perry Snare and Frances L Gersteling In Marshall, Missouri.

Frances married James Lullo in 1947.  He died in 1973. Frances never had children of her own but she raised James’s three boys.  Subsequently, all three boys preceded her in death.  She remained close to one daughter-in- law, Diana Lullo and a very special granddaughter, Jamie Lullo Martin and two great grandsons Nicholas and Tony Martin.

She went to buy a house in Chicago, Illinois and met the owner of the home, Roman Szyszka Jr.  They were married on March 24, 1979 in Illinois. They lived in Chicago, Illinois, Branson Missouri, Parowan, Cedar City, and ultimately settled in St. George, Utah.

Frances worked in jobs that gave her a variety of experiences.  She worked in accounting.  She was office manager at Brian Head Ski Resort.  She worked at several banks as a teller.  She was a florist and worked as a real estate agent.

Frances was an artist at heart.  Her first love was oil painting and she perfected that talent in her later years and won ribbons at the Iron County Fair.

Frances came to faith in Jesus Christ at a young age and continued this walk throughout her life.  She considered the greatest gift is to know personally her Saviors forgiving grace as the means to the Father.  As Jesus has said, “I am the way, the truth and the life: No man cometh to the Father, but by me.”  John 14:6

To send flowers to the family in memory of Frances Bonnie Szyszka, please visit our flower store.
Send a Sympathy Card