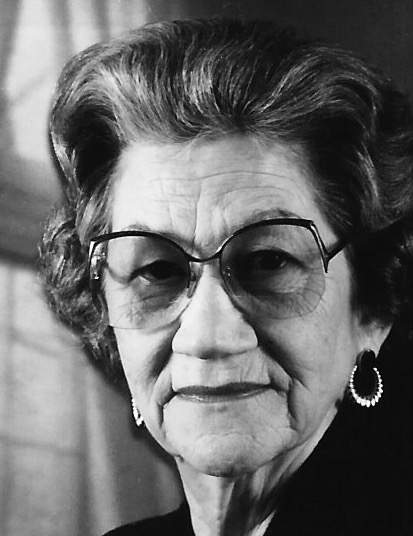 Donna (Fredonia) Adams Shurtleff Hanson was born October 16, 1918 in St. George, UT to parents Elmo and Fredonia Melissa Forsyth Adams.  Her birth was at her grandfather’s home in the Sandtown part of St. George. Her family moved to Rigby, ID in 1928, where Donna graduated from Rigby High with honors in 1936.  Following graduation, she worked for 4 ½ years for the Bell Telephone Company. Donna married Vernal W. Shurtleff in 1940.  The couple moved to Swan Valley, ID where they owned a sheep and cattle ranch.  During the building of the Palisade Dam, they also owned and operated the popular “Snowballs 26” Restaurant & Bar.  Following Vern’s death in 1983, Donna sold the ranch and bar and moved to Idaho Falls.  In the subsequent years she travelled extensively to Canada, Japan, Thailand, Hong Kong, China and most of Europe. In 1988, Donna married Robert K. Hanson and the couple moved to St. George – finally returning Donna to her roots.  The couple spent many happy days in the area, exploring the dirt roads and scenic beauty of this area until her death on June 18, 2015 of natural causes at the age of 96. Donna is preceded in death by her beloved husband, Robert – the love of her life; her parents, Elmo and Fredonia Adams, four brothers: Dallas J., Reed F., Rulon T. and Wayne L. Adams, and a grandson: Michael Eagen. She is survived by a stepdaughter, Geraldine Coy Foote of Kenosha, WI and many friends at Sterling Court. Per Donna’s request, there will be no services.

To send flowers to the family in memory of Fredonia (Donna) Hanson, please visit our flower store.