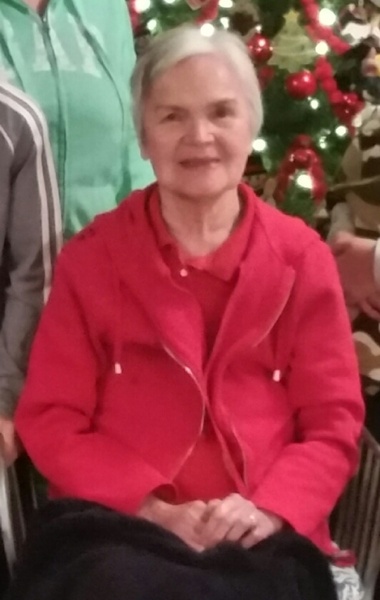 St. George, Utah, Frisidicion “Fritzie” Arial, passed away peacefully in the presence of her loving family September 7, 2015 at 4:15pm at the age of 85. She was born September 6, 1930 in Kualapu’u, Molokai, Hawaii to Marcos and Nemesia Aton. She married Rudolph “Rudy” Arial in 1948 at Wahiawa, Hawaii.

Fritizie attended Sacred Hearts Academy in Honolulu. She was raised on Molokai and Oahu. She and Rudy lived in Kunia where they raised their son, Rudolph “Rick” Arial, Jr. during the founding of the Del Monte Pineapple Plantation. Fritzie worked at Castner Department Store as a retail associate. She later worked doing post laundry at Scofield Barracks. The bulk of her career was spent in supervisory roles at the Naval PX at Pearl Harbor and the Army PX at Scofield Barracks. Fritzie loved hula and played the ukulele. She danced with the prestigious Mililani Halau all around Oahu, while Rudy played bass and lap-steel guitar. She also loved to travel, ballroom dance and sing.

To send flowers to the family in memory of Frisidicion Fritzie Arial, please visit our flower store.
Send a Sympathy Card