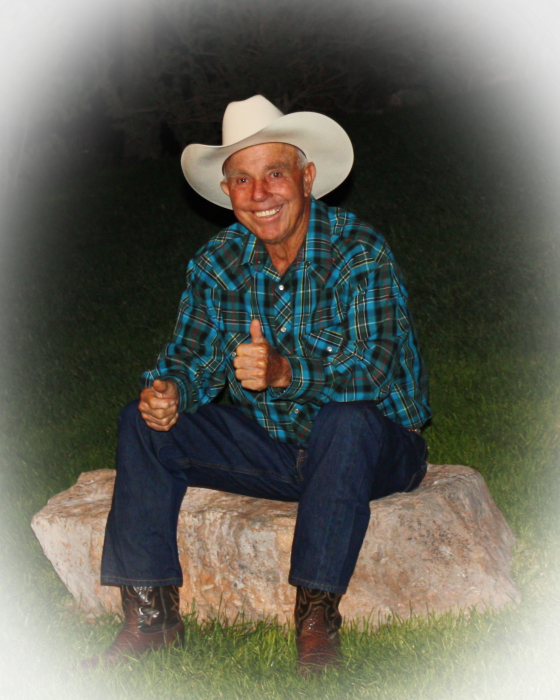 Garth Loran Bundy, 86, passed away peacefully on Saturday, April 10, 2021. He was born September 4, 1934 in Taylor, Arizona to Bud and Maureen Nelson Bundy. He married his sweetheart and wife of 61 years, Louise Ditmore on March 5, 1960, in the St. George Utah Temple.

The oldest of 6 children, Garth was raised in a humble home in Mount Trumbull, Arizona. Though his days were filled with hard work that few will ever understand, growing up on the Arizona Strip was one of his purest joys in life, a heritage he made sure to pass on to his wife and 7 children. He attended school at the Mount Trumbull School House until grade 5, when his family moved into St.George, Utah. Garth honorably served in the Western States Mission for the Church of Jesus Christ of Latter Day Saints. A cowboy to his core, Garth earned his way in this world through consistent hard work. He decided early that he would enjoy life as it unfolded, choosing to earn his living doing what he loved at each stage of his life. He spent years as a Teamster, hanging power lines, driving heavy equipment, and building roads across the western United States. He helped to build the Glen Canyon Dam and the highway through the Virgin River Gorge. In 1983, he went to work for Tony Heaton as a Mule Skinner, bringing “dudes” off the river on horseback. In 1986, when the Bar Ten moved to using a helicopter for transportation, he quickly learned how to do the weight and balance for the aircraft, and over the next 30 years, became one of the best known and most well loved characters in the Grand Canyon. Working with half a million people through his years of service to the Bar Ten Ranch, his hallmark creed of “You Lie, You Die” is one of the best known sayings to boatmen, helicopter pilots, and river guests throughout the Canyon!

Garth loved to hunt, explore on ATV’s, and cut and haul firewood. He loved Diet Coke, black licorice and making people laugh. His easy nature, quick and genuine smile, and fantastic stories of adventure were sure to delight all who spent time with this charismatic and genuine legend. He lived a life that was “simply mar-vu-lous” as long as he didn’t have to eat marshmallows or black olives, and he was always happiest when spending time with those he loved on the Arizona Strip. Whether punching cows, hauling wood, or just taking in the vistas, he always wanted to be working and playing in the land of his heritage.

Arrangements are made under the direction of Hughes Mortuary. In lieu of flowers, donations may be made to Louise Bundy.

To send flowers to the family in memory of Garth Loran Bundy, please visit our flower store.
Send a Sympathy Card