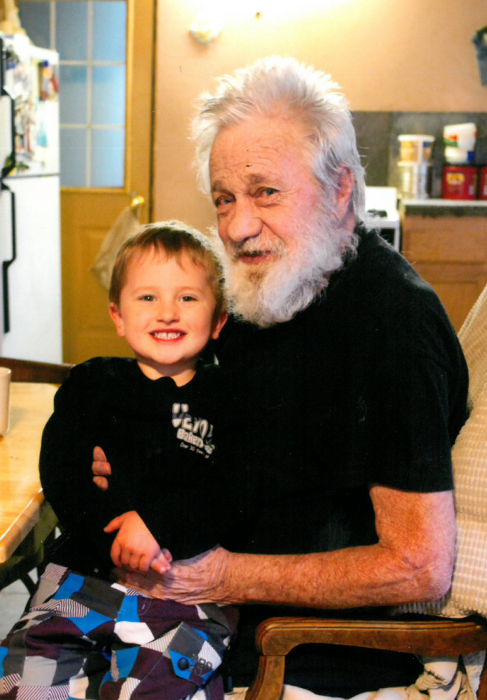 Gary Tod Chamberlain passed away peacefully with family by his side February 12, 2018.  Gary was born March 27, 1940 to Charles Howard  "Tod" and Lena Chamberlain in Iron County.  Gary married his high school sweetheart, Patria Ann Haslam, April 5th, 1958.  They had three children, Vickie, Julie and Paula.  When Pat died, he married Gail Collene Isom who had a son Kelvin, they had a daughter together, Jennifer.  Later he married Lizette Mitchel and they had two more children, Keith and Kati.

Gary worked as a tile setter all his life and when not doing tile he was cutting cedar posts, hauling wood, gathering pecans, bottling or spending time out at Hog's Heaven where he spent all his life taking care of the ranch's needs and enjoying many family fun times and deer hunts.  Fishing was another thing Gary loved to do.  Otter Creek was his favorite, it was where he caught his biggest fish.

He was preceded in death by his parents; Lena and Tod Chamberlain, his first wife: Patricia, one brother and many aunts and uncles.  He is survived by his brother; David, his sisters; Marlyn and Valray, his children; Vickie, Paula, Julie, Kelvin, Jennifer, Keith and Kati,15 grandkids and 21 great-grand kids.

To send flowers to the family in memory of Gary Tod Chamberlain, please visit our flower store.
Send a Sympathy Card