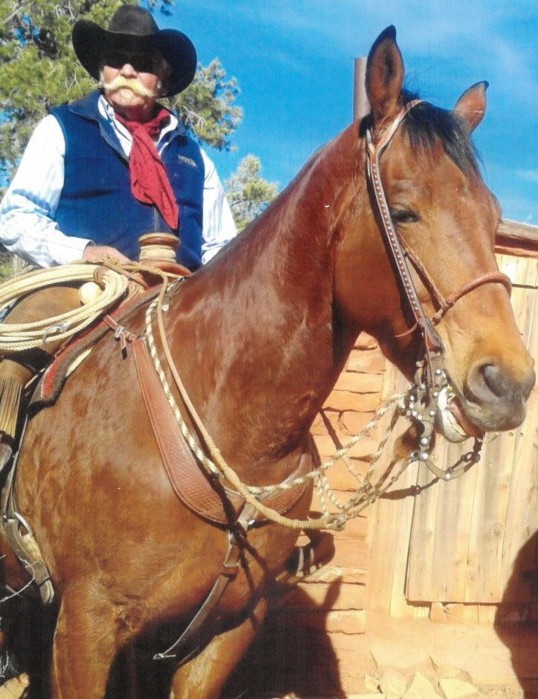 Gary was born in San Diego, CA on March 15, 1949 to Chancel G. & Mary E. Dotson.
Gary grew up in Warner Springs, CA on a 600 acre Boy Scout Ranch that his father built.  He had an idyllic childhood filled with adventure.  He had forts, Indian village with Teepees, lakes with canoes, swimming pools, cattle and horses.  Gary started very young (3) riding his horse.  His best childhood friend lived on a several thousand acre cattle ranch that bordered the ranch.  In grammar school the boys would meet up and ride their horses to school.  They would practice their roping skills on the cows on their way home.  He could do anything on a horse, including stitching them up and setting bones if need be.

Gary served in the Army’s 82nd Airborne during the Vietnam conflict.  He loved jumping out of airplanes.

Gary was a General Contractor and built many projects in Utah, Nevada and California.

Gary had many interests.  He loved to hunt, camp, snow & waterski.  He played on the San Diego Cowboy Polo Team, team roping, training colts and he included his family in all that he did.
Gary is survived by his daughters Carrie Ann Christensen (Drew), Monica Lynn Dotson and Cathy Dotson.  Grandsons Michael Christensen, Nicholas Christensen (Kayleen) and his siblings Leroy Dotson and Grace Petersen.

Gary was preceded in death by his parents Charlie and Mary, brother Charles and sister Onita Iverson

“Welcome to Heaven Cowboy, your entry fees are paid”

To send flowers to the family in memory of Gary Lynn Dotson, please visit our flower store.
Send a Sympathy Card