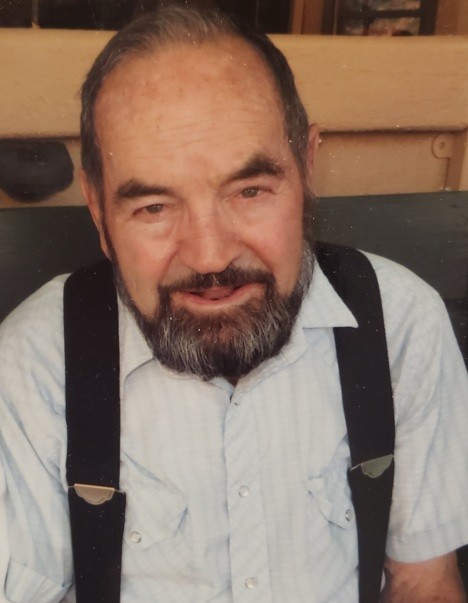 Washington Utah - Gary Gray Gibson returned to his Heavenly Father on Wednesday morning the16th of September, 2020 of natural causes. He left this life in peace surrounded by loving members of his family.

Gary was born on the 3rd day of June 1928 in Hurricane, UT, one of 15 children of William Abner Gibson and Reeta lantha Campbell Gibson. He was a loving, kind and thoughtful person. When he was 16 his father accepted a job in Los Angeles, CA and the family moved to Burbank, CA. He enrolled in classes at North Hollywood High School and met the love of his life, Edna Achsah Varney. They married in Las Vegas on August 6, 1949; on December 18, 1958 they were married and sealed for all time and eternity in the Los Angeles LDS Temple. They started their married life in Glendale, CA where Gary was a welder/fabricator with Superior Trailer Works.  He then worked with Edna's family in their beekeeping  business, moved on to be a heavy equipment operator and learned the trade of installing carpet in the off times of construction. Three children later, they settled in Canoga Park, CA where he was an active member of the LDS church, serving in many capacities. He especially loved being a scoutmaster, where he guided more scouts to the rank of Eagle than any other leader in the area. He later became a scout master.

Gary had a goal to own his own flooring business. He and Edna had purchased land in Washington, UT and started building their home on weekends. They left California in the mid 70's and moved into the house and he began installing carpet for a few different stores.  In 1983 they opened their own store, Gibsons Carpet Gallery, which was built on honesty and integrity and was the longest standing flooring store in St. George UT until his retirement at nearly 90 years of age. Gibsons Carpet Gallery supported the community in many ways, including sponsoring Little League, softball, and football.

Gary volunteered his time in many organizations and was a long-time member of the Washington Lions Club. He remained active in the LDS church throughout his life and gladly accepted many callings for positions in the church.  Being good with his hands, Gary restored vehicles and furniture and enjoyed raising and riding horses, especially in the local parades. He found joy and a talent in silversmithing, creating beautiful pieces of jewelry right up to his last week of his life.

To send flowers to the family in memory of Gary Gray Gibson, please visit our flower store.
Send a Sympathy Card