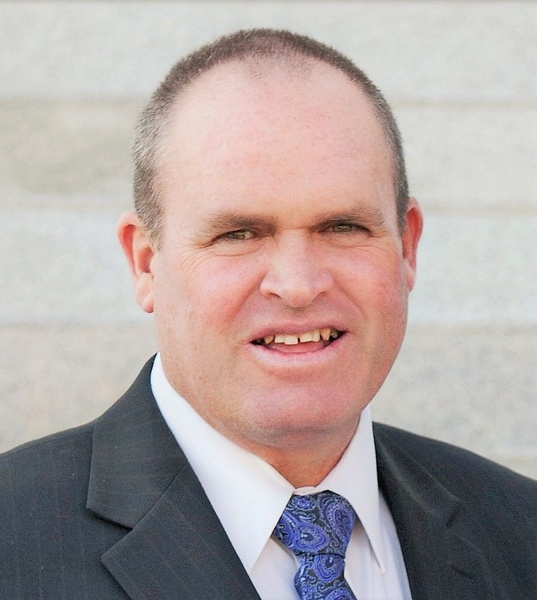 Gary was born on March 28, 1959, the fourth of seven children to Jay and Annie Graff in Montrose, Colorado. His childhood was spent in Delta, Colorado, where his family owned a dairy farm and he learned the values of hard work, family, service, and love for the Lord.

Gary was an active and devoted member of The Church of Jesus Christ of Latter-Day Saints. He served a two-year mission in the England Leeds Mission from 1978 to 1980. He served in many callings, including Bishoprics, Presidencies, Gospel Doctrine Teacher, Scouting, and his favorite calling as a four year old Sunbeam teacher.

He married his best friend Becky Adams Graff for time and all eternity on May 21, 1982, in the Jordan River Utah Temple. Together they built a family and had four wonderful children: Brennen, Justin, Trent, and Jennifer. They built their home in Delta, Colorado, and continued in the family business of dairy farming and raising crops. In 2013, Gary and Becky moved to La Verkin, Utah, and Gary began working as a shuttle bus driver at Zion National Park.

Gary never knew a stranger. He always had a big, contagious smile and saw the good in everyone he met. He had a huge heart and was willing to give the shirt off his back if someone needed it.

His favorite memories were made when he was surrounded by his children and five grandchildren who called him “Bonka.” He had special relationships with each one and made sure they knew that they were the most important people in his life. He encouraged and supported them in all their endeavors while often sacrificing his own pursuits.

He is survived by his wife Becky, of nearly 40 years, children Brennen (Brenda) Graff, Justin (Vanessa) Graff, Trent (Hattie Lou) Graff, and Jennifer (Britton) Dalton. Five grandchildren Dylen, Ellie, Skyler, Kathryn, and Diana, his mother and six siblings. Gary is preceded in death by his father and a grandson.

A Memorial Service and Celebration of his life will be held Saturday November, 27th 2021 at 11:00am at The Church of Jesus Christ of Latter-Day Saints. 481 N Main Street, La Verkin, Utah. The Service will be live-streamed and recorded with the link provided below.

The family wishes to express gratitude for the prayers, love, and support through this difficult time.