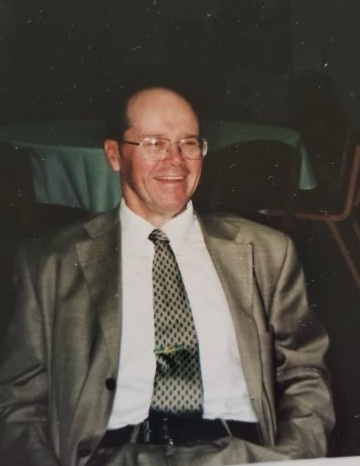 Gary Rawson Lindsay, 69, of St. George, passed away on Monday, October 11, 2021 after a lengthy struggle with health issues and Parkinson's Disease. Gary was surrounded by family members at the time of his passing.

Gary was born May 19, 1952 to Janet Rawson and Lionel Ronald Lindsay in Salt Lake City. Gary graduated from Hemet High School in 1971 and worked several jobs throughout his life time. He worked as a custodian at LDS chapels in Hemet, California and Orem, Utah and Geneva Steel. Gary worked for a period of time at Deseret Industries. Perhaps the job he enjoyed the most was his time working at the BYU Creamery, on the campus of Brigham Young University. His favorite ice cream was Lavelle’s Vanilla.

Gary enjoyed temple trips with Mom, when she was alive. He would talk about each of the temples that they visited on their trips and their significance in Church History. Gary was very active in RAH, when he lived in Orem. He always looked forward to Tuesday afternoon bowling and the Thursday night activity with dinner. Gary especially loved the time he was able to spend with his nieces and nephews. It always brought a smile to his face and he was grateful for their love to him.

As the years came and went, time began to take It’s toll on Gary’s physical body. After being diagnosed with Parkinson’s Disease, his body began to wear down and eventually Gary moved to Red Cliffs Health and Rehab, where he lived until the time of his passing.

The family would like to express the deepest appreciation to Red Cliffs Health and Rehab, Dixie Home Rehab & Hospice for their loving and selfless service and kindness shown to Gary during this time in his life.

To send flowers to the family in memory of Gary Lindsay, please visit our flower store.
Send a Sympathy Card