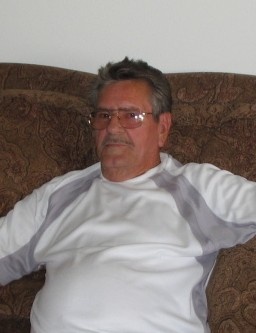 Gaydon Leon Mortensen 86 years old. Passed away peacefully from his home on September 5, 2021, surrounded by his wife and children. Born June 23, 1935, in Emery, Utah, to Niels Clifford and Melva Christiansen Mortensen. He married the love of his life Elva Myers on July 7, 1953, in Salt Lake City, Utah. Later solemnized in the Salt Lake City Temple, March 19, 1965. They were married for 69 years.

He started working at a young age doing various jobs. He learned his machinist skills while working at EIMCO Corporation. From there he was hired in 1966 as a machinist at Hill Air Force Base, Clearfield, Utah. They sent him on TDY to Vietnam, Phenom Penh during the Vietnam War. He retired in 1992.

They started their retirement in St George, Utah in the early 90's. Dad was never one to sit idle though. He always had side jobs landscaping, roofing, and Blockbuster Video. Dad took great pride in his yard, it was very well maintained down to every blade of grass and making sure each bush and tree was pruned to perfection. Dad had various hobbies. His main passions being golfing, oil painting and woodworking of which we were all recipients of his creations.

"We all love you so very much and will miss you dearly!"

To send flowers to the family in memory of Gaydon Leon Mortensen, please visit our flower store.
Send a Sympathy Card