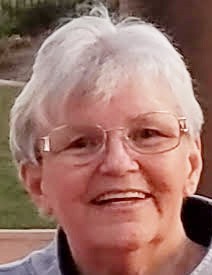 Gaye-Leene was born on December 30th, 1946 in Grand Island, Nebraska to Alberta "Bobbi" and Gayle Pitchler. She graduated from Grand Island Senior High and then attended Nebraska Wesleyan University in Lincoln. She married her soulmate, John Hadwick on Dec. 20th, 1969. While John was in the military they lived in Germany, Maryland and then settled down in Grand Island where they raised their 2 children, Shane and Mindy. Gaye-Leene retired as a photo lab technician at Skagway in 2007 and she and John moved to St George, Utah.

Gaye-Leene loved photography, gardening, and especially spending time with her family. She also enjoyed going to the casinos in Mesquite, Nevada and exploring the many National parks in the Southwest. She was a kind and loving person who was like a sister to her many brothers and sisters in law. â€‹

She was preceded in death by her parents and her sister, Vicky Wheeler.â€‹

Gaye-Leene was cremated and will be interned with John when the time comes and they will be placed in Fort McPherson National Cemetery in Maxwell, NE.

To send flowers to the family in memory of Gaye-Leene Hadwick, please visit our flower store.
Send a Sympathy Card