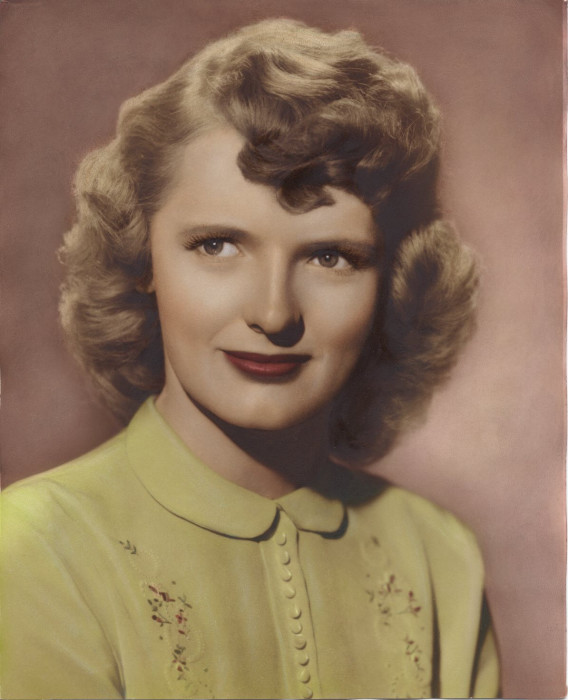 Georgia Gudmundson Erickson, beloved wife of the late Einar C. Erickson, passed away peacefully in her home on Saturday, April 17th, 2021.   She was born on May 24, 1933 in Springville, Utah to Clair Maurice and Zelta Lucas Gudmundson.

Georgia attended school in Ely Nevada graduating from White Pine High school in 1951. Her love of music started with her learning the piano and playing the clarinet in 4th grade.  When she was going into high school she was practicing to be a baton twirler for the marching band but was asked by the band director to play clarinet.  So she ended up being in the band, marching band, pep band, concert band, orchestra and by her senior year she was in the prestigious touring V-Band. She was also in the glee club and sang in many ensembles. She served as an officer in the Latin club and also was a member of the pro Musica club.

During her senior year she started attending lectures given by Einar C. Erickson, brother to her best friend Verina Lou Erickson. She was very impressed with the knowledge that he presented and became infatuated with him.

Georgia attended BYU for her Freshman Year. While there she became a Cougarette.  She started dating Einar and he pinned her during spring quarter.  They were married on November 12, 1952 in the Manti temple. She designed her own wedding dress and picked out her material and lace.

Georgia and Einar were blessed with five children. They lived in various places while raising them; Ely, Provo, Orem, Tucson, Las Vegas, and Hurricane.  The empty nester years were spent in St George for 27 years.

Georgia was always an artist, very good at drawing and creating.  She enjoyed china painting, oil painting, ceramics and tole painting. She was also very good at sewing, creating her own designs and doing needlecraft. She was a very talented person.

Georgia served in every music calling as well as others in the Church of Jesus Christ of Latter-Day Saints. She really enjoyed directing choirs. While living in Las Vegas she was in the singing mothers choir who were invited to sing in the tabernacle one year.  While in St George she joined the Heritage Choir which traveled all over the world where she was able to take her husband. She and her husband also traveled extensively and saw all parts of the world.

She also enjoyed reading many books just like her husband.

She was known to others as very talented in music and the arts.  She was patient, kind, compassionate and loving, wonderful wife, mother and grandmother. She was a good example of enduring trials with no complaints.

A Family Memorial Service will be held Saturday, April 24 at 11:00 am at the Hughes Mortuary, 1037 East 700 South, St George, Utah.  Interment will take place in the Tonaquint Cemetery in St George.

To send flowers to the family in memory of Georgia Erickson, please visit our flower store.
Send a Sympathy Card