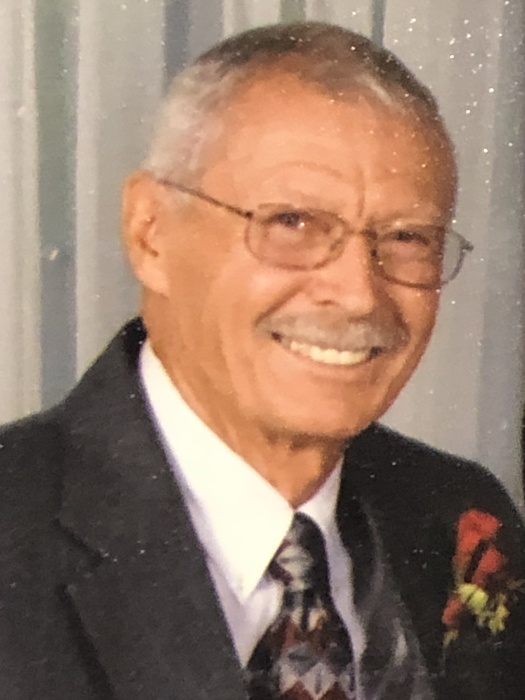 Gerald Marion Hazel, age 80, of St. George, formerly of Salem and Spanish Fork, died peacefully in his St. George home on November 27th. He was born November 2, 1939, to Marion and Zella Jarvis Hazel in Salem. He was sealed in marriage to Karen Nelson on April 28, 1960 in the Salt Lake Temple. They were blessed with seven children, 18 grandchildren and 26 great-grandchildren who became an integral aspect of the joy in their lives.

Gerald attended school in Salem and Spanish Fork, graduating from Spanish Fork High School in 1958. Gerald loved high school sports and competed at a high level in both baseball and basketball where he was known by his nickname, “Jug”. As a young boy Gerald rode horses in the Junior Wahoo Riding Club and developed a love for hunting and the out of doors. He and Karen often took all 7 children into our beautiful Utah Mountains to enjoy nature and family time. Gerald loved watching his posterity compete in sports and other pursuits spending countless hours at baseball, football, basketball, soccer, gymnastics, dance, and other activities. If the activity included one of the Hazel Posterity, he and Karen were always there to support and show their pride. Traveling to Missouri, California, Texas and many other distant places was never too much if family members were involved. Gerald was so very proud of his children and grandchildren.

Gerald was a dedicated police officer for the Spanish Fork Police Department for more than 25 years. During those years, and for many more, he was also a highly skilled Tile Setter, known for creating incredibly beautiful high-quality projects. He provided his valuable professional craftsman services, free of charge, many times for family members and close friends.

Gerald enjoyed participating in athletics. He competed in basketball and baseball in high school and continued to enjoy basketball and softball the rest of his life. He played in the St. George Senior Games for more than 31 years and in October of 2017 received his coveted “Red Jacket” commemorating his many years of involvement. Gerald was known for his “switch-hitting” and competitive style of play.

Gerald was an active member of the Church of Jesus Christ of Latter-Day Saints and served in a variety of callings over the years. He and Karen enjoyed attending the temple with family members whenever possible and cherished those special spiritual experiences.

The family would like to express special thanks to Dixie Hospice for their kind, empathetic, services during the past difficult and challenging weeks.

Funeral services will be Tuesday, December 3 at LDS Church located at 1750 East 750 South in Spanish Fork. A viewing will be held from 9:30 am to 10:45 am with the funeral following at 11:00 am. Interment will be at the Spanish Fork City Cemetery.

To send flowers to the family in memory of Gerald Marion Hazel, please visit our flower store.
Send a Sympathy Card