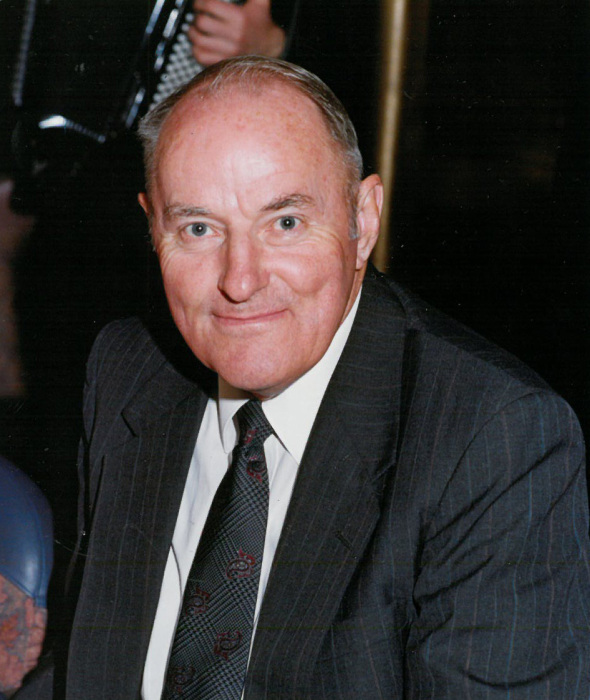 Glen Hales passed away peacefully in his home on July 11, 2017 in St. George, Utah.  He was loved throughout his life by his wife of 65 years, Sarah Mari-Lynn.  He is survived by her, his younger brother Lloyd, and his five children: Cheril of Las Vegas, Nevada; Robin (Ed) of St. George, Utah; David (Melody) of Redondo Beach, California; James (Sharla) of Minden, Nevada; and Jillayne (Patrick), of Las Vegas, Nevada.  He and Mari-Lynn have 16 grandchildren and 33 great-grandchildren.

Born in Elsinore, California on December 22, 1931, Glen was the son of Francis Herbert Hales and Emma Marion Asher.  During his years at Elsinore Union High School Glen excelled at basketball and football.  Glen attended Brigham Young University where he obtained a Bachelor of Science degree in Secondary Education.  He also successfully completed the Air Force ROTC program in 1955 and was commissioned as a Second Lieutenant in the United States Air Force.

Glen’s daughter Cheril was born mentally disabled, and he and Mari-Lynn have lovingly cared for her their entire lives.

In 1981 Glen and Mari-Lynn purchased Ensign Book and Gift in Las Vegas Nevada, which they sold to Deseret Book in 1995 after successfully doubling the size and revenues of the store.  Glen served on the Clark County Library Board for eight years starting in 1985, during which time he helped promote the construction of seven new libraries in Clark County.

Glen and Mari-Lynn loved to travel.  Throughout their marriage they traveled to Europe many times and visited China, Russia, Egypt, Israel, Peru, and the Galapagos Islands.  They found great joy in traveling with friends and family.  They were happy at any beach, especially when they were surrounded by their children and grandchildren.

As a faithful member of the Church of Jesus Christ of Latter-day Saints Glen found joy in serving his fellow man.  His assignments included serving as a temple sealer, bishop, stake presidency member and member of the high council.  He loved his years of work with the Boys Scouts of America.

Collectively, Glen’s grandchildren remember their week-long trips to Newport Beach, swimming at his pool, and hearing about flying. Additionally, they fondly remember his stories about the adventures of Albert the Alligator, a friendly character he created for their amusement.

Arrangements are under the direction of Hughes Mortuary.  Please visit www.hughesmortuary.com for complete funeral listing and to leave condolences for the family.

To send flowers to the family in memory of Glen Herbert Hales, please visit our flower store.
Send a Sympathy Card