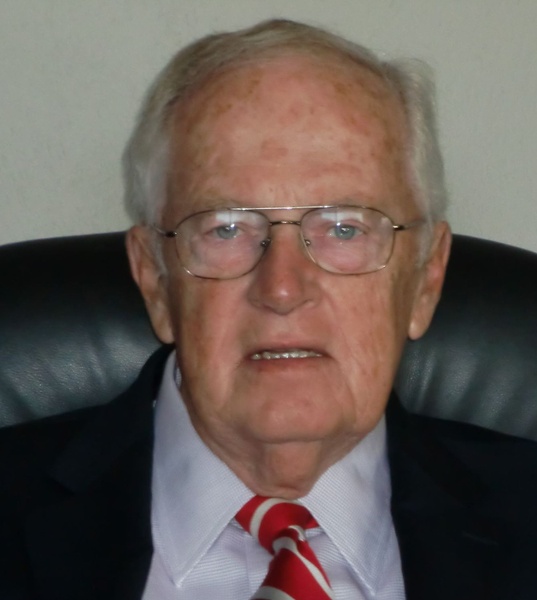 Gordon Kent McDonald A loving husband, father and grandfather passed through the veil on January 17, 2022.

He was born on August 15, 1939 in Beaver, Utah to Dan and Vivian McDonald. He married his eternal sweetheart, Judy, in the Salt Lake City Temple on August 14, 1964. He was a faithful member of the Church of Jesus Christ of Latter-day Saints. He loved and served his Heavenly Father with all of his heart. He served in many different callings in the church during his lifetime. He served a fulltime mission in the Southern States. He often talked about how wonderful that mission was and the many people he baptized. While serving, he had the opportunity to baptize a Southern Baptist Minister and most of the congregation.

Gordon graduated from the University of Utah with a degree in business and finance. He held many jobs in his lifetime. He worked as a controller for KUTV for several years. He always had the desire to be in business for himself. Those businesses included property management and Real Estate. He was one of only a few real estate agents to receive the honor of a Million Dollar Club member in his first year of Real Estate. He later became a Life Member of the Multi Million Dollar Club. He managed several real estate companies and received many honors in the industry. He opened McDonald Group GMAC which grew to be one of the top GMAC companies in the country.

In 2008, he moved to Saint George, UT. He continued to sell real estate until his health started to decline and he decided to retire.

He loved playing golf, especially with his sons. Gordon was a true "people person". He loved being around people, and he could start a conversation with anyone. He looked forward to his Wednesday lunch with his buddies. He didn't care where they were going, just enjoyed their company. He enjoyed yearly Disneyland trips with his family. He loved going to the beach, and eating at the Crab Cooker in New Port Beach. He loved cars and traded them out frequently. Anytime he went anywhere, he had to stop at a Porche dealership to get a booklet and buy a hat. He loved his family with all of his heart. His home was always open anytime day or night to any of his children and grandchildren. He had many great friendships and will be deeply missed by all. He loved and adored his sweetheart of 57 years.

To send flowers to the family in memory of Gordon Kent McDonald, please visit our flower store.
Send a Sympathy Card