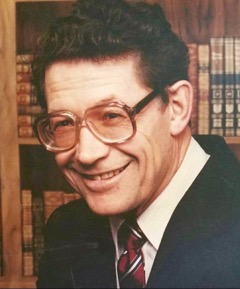 Grant Richard Dix Kelsey passed away, from Alzheimer’s disease on February 21, 2018. He passed at home with Laska, his beloved wife of 28 years, at his side. He is free from the long illness that bound him and is able to greet his loved ones on the other side, with joy.

Dix was born on November 19, 1932 in Basalt, Idaho, to Claude M.Kelsey & Nettie Jane (Singleton). He grew up in Shelley, Idaho and graduated from Shelley High in 1950 and joined the Air Force in May of 1953. He came home on leave that November to marry Nola Sharleen Hess.

He spent 4 years in the Air Force and then went to Bozeman Montana to get his Batchelor’s degree in Science & Education with a minor in Accounting. He boxed at Montana State college and set a record there that still stands. After graduation and while his family was growing, he held numerous teaching positions, and continued his education over the next ten years. He also obtained a Masters in Counseling & Psychology in San Diego. He accepted a counseling position at Bakersfield College, where he spent the next 30 years helping others with their career choices.

Dix married Laska (Bowman) in September of 1990. After they retired in 1992, they went on a mission for the Church of Jesus Christ LDS to Croatia. Following their 1 and a half years of service to the Lord, they moved to St. George and settled in Santa Clara. Dix was blessed with a very large family. He was seventh of nine children, and is survived by his sisters, Della Mallard and D’Anne Anderson. He has also left behind his loving wife Laska, his first wife, Sharleen & their children; Kean Kelsey (Sharon), Kendra Kelsey (Bill), Mickie Kelsey, Forrest Kelsey (Diana), Desiree Neville (Brian), Easton Kelsey (Rebecca), Natalie Kelsey, Aubrie Mahan (Adam). Laska’s children are Paul Bundy (Wendi), Scott Bundy, Christina Lawrence (Larry) Suzanne Latey (Mitch) .

He has a large and precious posterity, with 36 grandchildren, 20 great grandchildren with 3 more currently on the way. Dix touched the lives of those who knew him, in so many ways. He was honest, trustworthy, loving and hardworking all his life. He believed in justice and was always a gentleman (even in the late stages of Alzheimer’s)  He had a wonderful sense of humor and loved to tease those around him. He was a “Man of Honor”and has a legacy to be proud of.

To send flowers to the family in memory of Grant Dix Kelsey, please visit our flower store.
Send a Sympathy Card