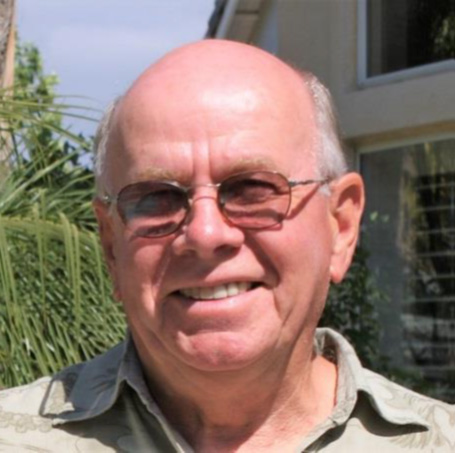 Gregg Smith, 74, passed away unexpectedly on

January 10, 2018 in St. George, Utah from complications of pancreatitis. He was born November 27, 1943 in Quincy, Massachusetts to Charles George Smith (deceased) and Sybil Hallsworth Smith.

Gregg spent his early years in the Boston area where he developed his love of all things automobile. He was a guy who could fix anything, always willing to share his talent with whoever needed his help. His career included Vice President of Sales for a Japanese fabrication company, providing an opportunity for travel to many exotic locales.

Gregg married the love of his life, Pamela Parker, in 1984. Together they lived in Georgia, California, and Utah, settling in St. George after retirement … but he remained a New Englander at heart, treasuring its history and magnificent ocean shoreline. Retirement didn’t mean taking it easy to Gregg, he was always involved in one project or another, indoors and out. It also afforded him the opportunity to devote his time to his passion - the restoration of classic cars. Working alongside his good friend Gary, they were able to return a number of vehicles to their original glory. The payoff of their efforts was displaying these beauties at various area car shows.

Gregg was a gentle man, leaving behind many loyal friends. He was greatly loved and will be dearly missed.

To send flowers to the family in memory of Gregg Charles Smith, please visit our flower store.
Send a Sympathy Card