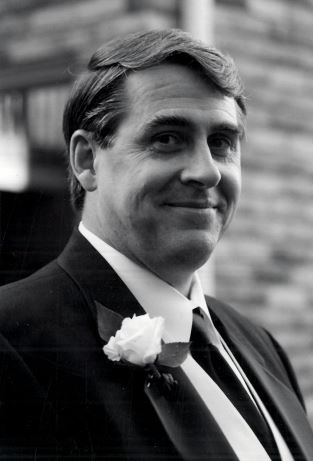 Harold Lee Pete Petersen, 69, passed from this life to meet his parents on October 2, 2021.  A Virginian, Pete was born on September 8, 1952 to Robert Louis “Pete” Petersen Sr. and Dora Burnett Ellison.  In 1974, at the Provo, Utah Temple, Pete married his high school sweetheart, Karen Sue. As teenagers, he carved their initials into a tree at Rocky Knob in the Blue Ridge Mountains.

After joining the church, Pete served the Lord in the Northwestern States Mission and always considered his last area of Coos Bay, Oregon one of his favorite bits of earth and a destination to which he and Karen would make occasional escapes.

An attorney by trade, Pete was well respected by his colleagues and those against whom he made arguments in court.  As President of the Utah Defense Lawyers Association, a member of the Board of Directors for the Defense Research Institute (DRI) and DRI State Representative, Pete made a name for himself as an imminently fair-minded and generous professional bringing people together while maintaining the highest ethical standards.

His love for country was only surpassed by his love for family.  Pete worshipped his mother, lived to make his father proud, and adored his children and grandchildren.  His sun and moon, however, rose and set by his eternal companion, Karen.

At once fierce when in court or discussing politics, Pete would weep easily and hold an embrace just a beat too long when saying goodbye to those he loved.  Like the initials carved into that Blue Ridge Mountain tree, Pete left an indelible mark of faith, hope, and charity for generations to come.

Funeral services will be held on October 9, 2021 at 11:00 a.m. at the Green Valley 1st Ward Chapel located at 511 South Valley View Drive, St. George, Utah.  For the benefit of the vulnerable and immuno-compromised, we request that masks be worn.

Following funeral services in St. George, Pete will take his place at Quantico National Cemetery, Virginia alongside other valiant veterans and his parents.

To send flowers to the family in memory of Harold Petersen, please visit our flower store.
Send a Sympathy Card