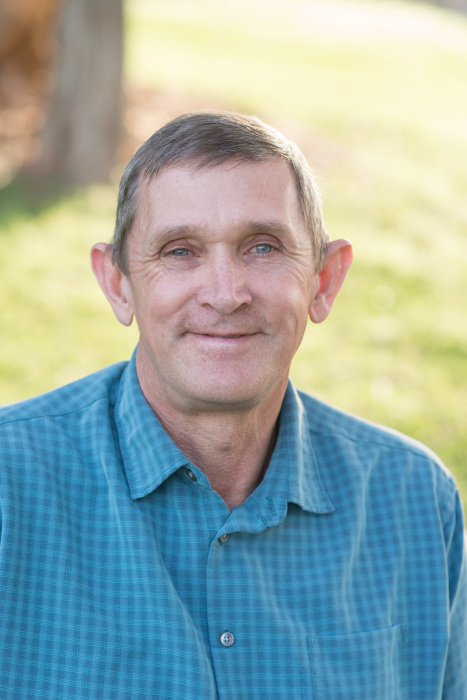 Our dearly loved husband, dad, and papa, Dee Ricks, passed away at home on Wednesday January 31st, 2018 surrounded by loved ones in Washington, Utah after optimistically enduring ALS for 18 months. Dee was born in Logan, Utah on December 5th, 1962 as the middle child to Harold Lynn and Carol Ricks. Dee grew up in Smithfield, Utah. He was proud to say that he had an “ideal childhood.” His amazing character and work ethic were developed through his work on the Dale Chamber’s Diary Farm and with his family’s many horses.

After graduating from Skyview High School, Dee went on to serve a mission for the Church of Jesus Christ of Latter-day Saints in Pittsburgh, Pennsylvania spending much of his time in Ohio. During his mission, he chose to stay and serve the Lord after the devastating loss of his father. Through his mission, he developed many life-long friends.

When he returned home from his mission, he was stricken by the most beautiful, brown-eyed girl, Suzette Marie Bullock. She would become his life-long companion and best friend. They were married July 1st, 1984. They later were sealed for eternity in the Logan Temple on July 2nd, 1985. He would dedicate the rest of his life to loving Suzette and their family. His greatest pride was their four children, Dana, Lindsey, Austin, and Kaden. Their children were all born in Logan, Utah and they are all proud to say that their parents gave them an “ideal childhood.” The family’s favorite thing to do together was spend time on their boat. They enjoyed many trips to Bear Lake and Lake Powell with wonderful family, friends and neighbors.

Dee owned and operated the family Plastering Business for 18 years in Logan. During that time, he claimed that “no one could out work him” although, there were plenty of pranks pulled while he was on the job. The Ricks Family later moved to Mesa, Arizona where Dee started his own construction company. The family enjoyed many fun wonderful memories in the sun. His favorite things from Arizona were the fresh oranges and the whole family swimming in the pool. The most important things that they gained in Arizona were a son-in-law and four granddaughters. Dee’s granddaughters brought him the most joy and happiness he could have ever imagined. He spent the final years of his life in Washington, Utah where he felt like “he literally lived in a postcard.”

He is survived by the love of his life, Suzette, his children, Dana Marie (Brent) Trejo, Lindsey Ann Ricks, Harold Austin (Madeline) Ricks, and Richard Kaden Ricks, and his granddaughters, Hallie and Paizlee Ricks, and London and Hattie Trejo. His Mother Carol Hoffman/Ricks (Gerald) Harrison, his older brother, Craig H. (Tracey) Ricks, and his sister Carilynn (Jared) Hardy. His step siblings Jill (Eric) Helland, Jennifer (Jade) Johnson, Lance Harrison, Josh Harrison, Jay(Ellie) Harrison, Ken (Trista) Harrison. His In-laws C. Richard and Carmen Bullock and their five children.  He will be missed by many cousins, loved ones and friends. He is proceeded in death by his Dad Lynn Ricks.  Grandparents Harold and Alta Ricks and Alton and Louise Hoffman.

Funeral Services will begin with a viewing in Washington, Utah on Thursday February 8th, 2018 at the LDS chapel at 1867 Washington Fields Road friends and family may visit from 6 to 8 P.M. Funeral services will proceed with a viewing from 9:30-11:30 A.M. on Saturday February 10th, 2018 at the LDS chapel at 1380 East 25 North in Logan, Utah. The funeral will take place at noon and followed immediately by the internment in the Providence, Utah Cemetery.

To send flowers to the family in memory of Harold Dee Ricks, please visit our flower store.
Send a Sympathy Card