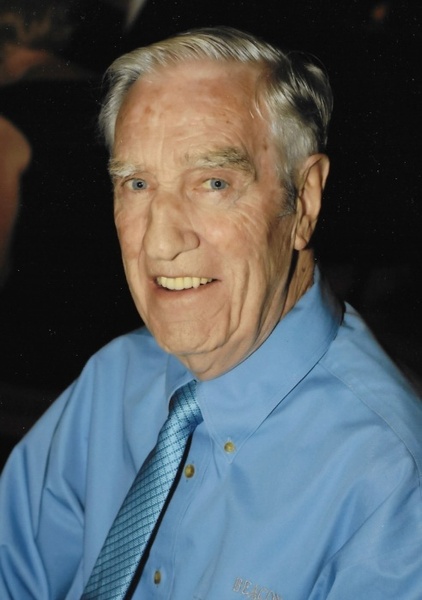 Hendrik “Hank” Johannes Ombach, 91, beloved husband, father, grandfather and great grandfather passed away in his home July 8, 2018.  Born in The Netherlands on May 14, 1927, to Jacobus Johannes Ombach and Adriana Maria van der Horn, he moved to the United States of America in 1959, making his permanent home in Utah.  He became a U.S. citizen in 1964 and was always an extremely proud and patriotic American, but always remembered his Dutch heritage and his family’s service and sacrifice during World War II working in the Dutch underground.

Hank worked many years at Beacon Metals, Inc. in Salt Lake City, Utah.  He was always a hard worker and a perfectionist.  Education was important to him and he was an example of professionalism and preparedness.  He had a brilliant mind for business and math.

He was a collector of stamps, coins and clocks and always liked a nice tie and matching hankie in his suit pocket.  He played the violin, piano and organ and had a great singing voice and loved to listen to the Mormon Tabernacle Choir.

He is survived by his wife and children, 14 grandchildren and 4 great grandchildren as well as his sister, Joyce Walker, Sandy, Utah, and many beloved nieces and nephews.

To send flowers to the family in memory of Hendrik Johannes Ombach, please visit our flower store.
Send a Sympathy Card