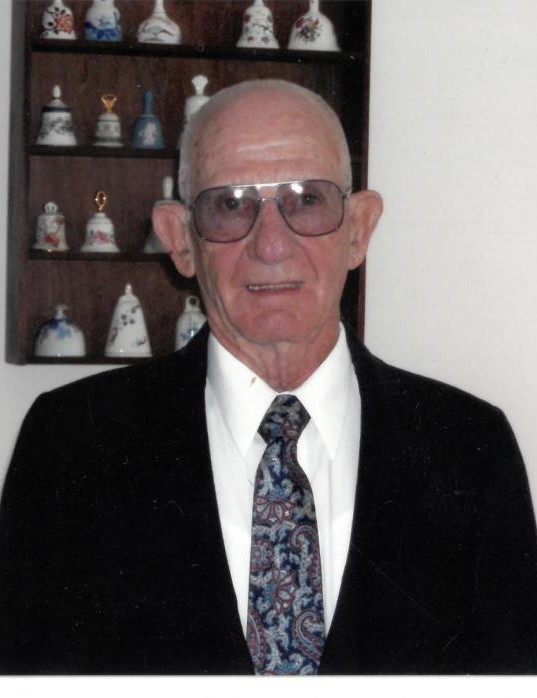 Recitation of the Rosary

On Sunday, August 22, 2021, Herman Dale Reynolds passed away in St. George, Utah at the age of 88. Born September 3, 1932, to Wade and Erma Reynolds in Carrollton, Illinois, he spent his school years in Eldred and Carrollton. After graduation he served in the U.S. Army and Air Force from 1952-1959. In 1958, he met the love of his life, (Flora) Jean Garvin, and they were married in 1959 in Jean’s hometown of Marcus, Iowa. Herman worked for decades at Rockwell International where he travelled extensively as a field service engineer. Throughout their lives they resided in many regions of the country. They settled in St. George in 2003 where they were very active members of their community. Herman served on the Meadows Creek HOA board and spent many years caring for the swans and other various facility operations. He also volunteered for the Saint George Catholic Church Thrift Store as a driver, collecting and transporting donations. Besides being a doting husband to Jean, Herman’s other passion was throwing horseshoes competitively. He began pitching horseshoes in 1980 while living in Texas. Herman was awarded numerous trophies, medals and certificates for his pitching skills. He competed sixteen times in the Huntsman World Senior Games and was awarded three silver and three bronze medals over those years. Herman was known for having a big heart and for helping others, his lighthearted nature and great sense of humor was contagious.

Herman is preceded in death by his loving wife of 55 years, Jean, and ten brothers and sisters. He is survived by many nieces and nephews, including numerous great nieces and great nephews and great grandnieces and grandnephews, who are especially close to him and will miss him greatly.

Services will be held on Wednesday, September 1, 2021, at Saint George Catholic Church, 259 West 200 North, St. George, Utah. Rosary will be held at 9:30 a.m., funeral mass at 10:00 a.m., graveside services at Tonaquint Cemetery following mass, and a reception at Kuzy Hall immediately following graveside services. Please join us in celebration of a life well lived. For those unable to join us at the church, please go to www.saintgeorgecatholics.com and click the Facebook link for a livestream of the service

To send flowers to the family in memory of Herman Dale Reynolds, please visit our flower store.
Send a Sympathy Card

Recitation of the Rosary