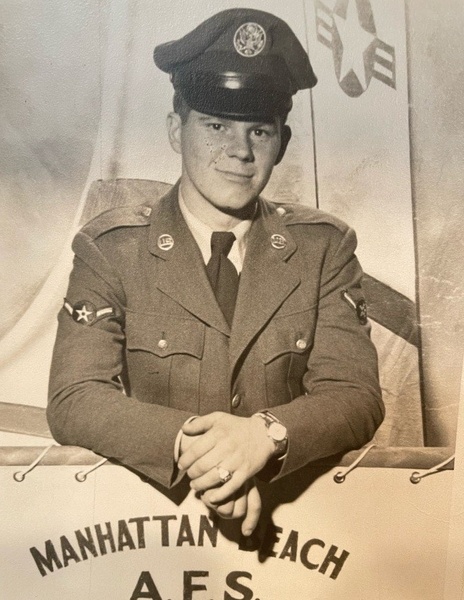 Jack Stanley Baird, age 83, passed away on August 4, 2021 in St. George, Utah after fighting a courageous battle with stage 4 cancer.

He was born in Cincinnati, Ohio on July 15, 1938 to George Dewey Baird and Mattie Morgan Baird. He was the youngest of seven children who all proceeded him in death: Muriel Ruth Kaiser, Shirley Madeline Barrett, Robert D. Edison Baird, Betty Louise Gundrum, Rachel Helen Perry, and Gloria Dean Darling.

Jack served in the United States Air Force for 12 years where he received a Medal for Good Conduct. He continued his career working for the Civil Service as a Firefighter. He retired as a Firefighter after 20 years of serving at several different Air Force Base's. He then became employed by the Ohio School System for 15 years. His work ethic was amazing.

Jack married the love of his life, Juanita Ann McDaniel, on July 20, 1984 in the Jordan River Utah Temple. They loved giving service for the LDS Church. Donating many hours in several different capacities, including a two year Mission at the LDS Temple. They loved to travel often and visit their families along the way.

Juanita had three adult son's when she and Jack married: Mark Bryan Cole, Michael Aaron Cole, and Gregory Alan Cole. He would grow to love her family and grandchildren. They would often call him "Dad" and "Grandpa", which he always cherished and appreciated.

Jack was blessed with many nieces and nephews who have loved him dearly through the years. He was the Uncle that would visit their homes often and spend time teaching and playing with them. He would teach his gymnastic skills, singing the songs from the 60's, and finding time to take them to the movies. So many great childhood and adult memories.

Jack is proceeded in death by his sweet wife Juanita Baird, who passed away January 02, 2020 in Centerville, Ohio.

Jack will be buried next to his Eternal Companion at the Heritage Hills Memory Gardens located in Centerville, Ohio.

To send flowers to the family in memory of Jack Stanley Baird, please visit our flower store.
Send a Sympathy Card