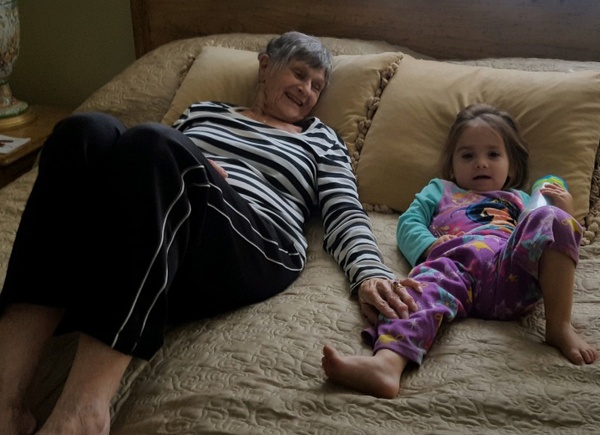 Jacqueline (Jacque) Rice- Jensen passed away Friday October 13th  at The Beehive Memory care center in Saint George Utah. From her birth on Valentines Day 1930 she nourished and engaged people around her with love, art, food, faith, humor, writing and music.. She was born on a family farm in Nampa Idaho to Beulah and Clifford Sliger. By the age of five, she had  become a voracious reader and later encouraged all of her sons to do the same.

After graduating from high school, she attended the University of Utah, married her first husband, Roydon, and assisted him in running the family mortuary businesses in Maywood and Downey California. She became a licensed Funeral Director  after his death in 1977 until the sale of that business in 1981. For close to 20 years she volunteered her spare time at Saint Francis Hospital  in Lynwood, California assisting those in need.

She later married Jack C. Jensen a prominent real estate developer in Salt Lake City, Utah and remained married to him until his death in 2001.

Left to honor Jacque and remember her love are her three sons, David, Jon, and Brent, three grandchildren; Jacqueline, Angelica, Grant and her 4 year old great granddaughter Aubrey Layla .  She also had a great love for  pets, Lady, her Springer Spaniel and Bodhi the newly adopted black Chow Chow. She yearly contributed to the Adopt a Native American Program and treasured collecting native American art.

Jacque was preceded in death by her parents, brother Don, husbands Roydon Nalder Rice and Jack C. Jensen, A bright, shining light in the various communities and churches she served.

To send flowers to the family in memory of Jacqueline Jensen, please visit our flower store.
Send a Sympathy Card