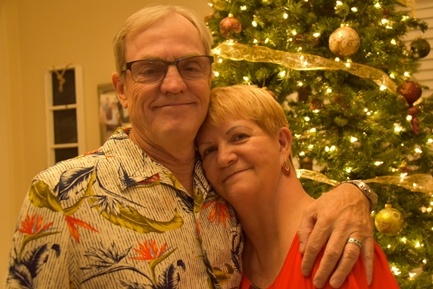 Our sweet father James Riley Bushman, 67 passed away unexpectedly and had a joyful reunion with his mom and dad on July 13, 2016. Dad was born to Vaughn and Ina Bushman in Oxnard California on September 1, 1948. He was welcomed into this world by a big brother and big sister (Sue and Vaughn) and became the loving and always humorous big brother to 6 additional siblings (Joe, Matt, Martha, Marsha, Bill and Virgie).

Our dad served faithfully in the Calgary Alberta Mission from 1967-1969. Upon his honorable return and while giving his homecoming talk he gazed out into the audience and locked eyes with Phyllis Joy Wilson. He knew in that moment that she was the love of his life and he would spend the rest of eternity with her. Our parents were married 10 months later in the Salt Lake LDS Temple on June 11, 1970. Their first daughter Angie arrived 9 months and 15 minutes later. During our parents second pregnancy Dad was rooting for a boy but was overjoyed with Heidi Joy. Third time was the charm and Dad was given his boy, Danny. Ever impatient Stacy came roaring into the world right behind. They thought they were done but the Lord had other plans for our parents and sent our Dad a true friend in Phillip. Our family was complete.

Dad worked so hard to provide for us. Early on our Dad became a builder. First he built sky scrapers and homes, then people. Dad worked early mornings as a janitor at BYU to put him and Mom through graduate school. Dad graduated with a M.Ed. and put his greatest attribute of unconditional love to work as a school counselor with students in Elementary and High School. His true love and passion was working with young children. With his talent to love he changed the lives of countless children to whom he was affectionately known as ‘Mr. B’.

In 2013 Mom and Dad retired and moved back to where it all began, St. George Utah. Dad’s talent to love was put to work once again as he was quickly elected to President of the Meadowcreek HOA. Dad served in many capacities in the LDS Church with his final earthly calling as the 1st Counselor in the bishopric of the Morningside 2nd Ward. Dad was introduced to the game of horse shoes and quickly became a champion. He found comfort and joy in being at the park in the early morning and would not rest until he threw at least 200 shoes a day.

Dad is survived by the love of his life and partner of 46 years, Phyllis, his children: Angie Leifson, Heidi (Shawn) Benson, Dan (Sean Bayles) Bushman, Stacy Bushman, Phillip Bushman and 18 grandchildren. He is also survived by all of his siblings and their respective spouses and families that love and adore him, as well as Crae (Jodi) Wilson, Mary Visker and their families.  Dad is also survived by his Uncle Burl (Charlene) and Aunt Laurel.

A Viewing will be held Sunday July 17, 2016 from 6-8 pm at Hughes Mortuary located at 1037 East 700 South St. George UT. Funeral services will be held at the LDS Church House located at 881 South River Road St. George UT on Monday July 18, 2016 at 10 am with a short viewing preceding the funeral from 9-9:45 am. Arrangements have been entrusted to Hughes Mortuary. (435) 647-5000. Visit www.hughesmortuary.com to leave condolences and messages.

To send flowers to the family in memory of James R Bushman, please visit our flower store.
Send a Sympathy Card