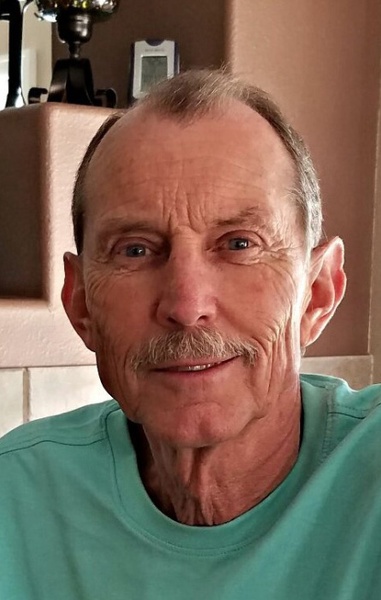 James Paul Finney passed away peacefully on Saturday April 7, 2018 at his home in the Sun River Community located in St George, Utah.

Jimmy was born in Denver, Colorado on October 19, 1946 to Palma Rose (Ursetta) Finney and James Walter Finney. He was the older brother of Paul Michael Finney and Pamela Marie (Finney) Morris. He attended elementary and middle school in the north part of Denver and graduated from Westminster High School in 1964. He was a disabled Army Veteran having served in Vietnam from 1967-1969.  He was the oldest of 27 grandchildren and celebrated his Italian legacy proudly, often reminiscing with stories about growing up in such a large and loving family.

He married Linda Mayre Stine on February 7, 1970 and they raised two children together, Christopher and Jennifer. He went to work for Safeway Stores Inc. in Denver shortly after getting married. He quickly elevated himself from meat cutter to assistant manager to managing the largest meat department in the Denver Division.  His work ethic and managerial skills were rewarded when he was promoted to Meat Buyer for the whole Denver Division of Safeway.  He worked for Safeway for over 30 years and retired at age 55.  Jimmy loved the outdoors.  Hunting with the guys or fishing and camping with his family and when the snow flew in Colorado he would load up the snowmobiles.

His health and love of golf led Jimmy and Linda to retire in St George, Utah in 2002. They both had fallen in love with that area after vacationing there for over a decade. They settled in the amazing Sun River retirement community and found themselves surrounded by wonderful and loving people who all became such great friends.

He loved and cared about his sister Pamela and his brother Paul.  Sharing many evenings on the phone with them to hear about their day and check in. For a man…he loved to talk on the phone!  He often phoned friends and family members, near and far just to hear how things were going and share a laugh or two.

He was just fun to be around. Not much ever upset him, especially after he retired.  He had this wonderful ability to make everyone feel comfortable around him, cared about and listened too.  Many will remember his joke telling. He could only remember one joke at a time and he would tell it over and over again until he heard a new joke, usually from his brother. And when he mastered YouTube….everyone got to share his love of music.  He found many unique video renditions of some of his favorite rock ‘n roll songs.

One of the biggest highlights of his life was his 3 grandsons. Jared, Treven and Hunter. How their Papa loved them.  Watching them grow and sharing their adventures was pure pleasure for him.

He was a lover of life and people so it’s his joy we should remember as we gather at his Celebration of Life to held on Friday, April 27th from 1pm – 3pm in the Grand Ballroom of the Sun River St George Community Center. An Honor Guard Ceremony will take place at sunset that evening in the Sun River Veterans Park.

A Celebration of Life will be held in Colorado on May 20. 2018 at the Clubhouse at Riverwalk located at 2751 West Riverwalk Circle in Littleton, Colorado from 1pm - 4pm.

To send flowers to the family in memory of James Paul Finney, please visit our flower store.
Send a Sympathy Card