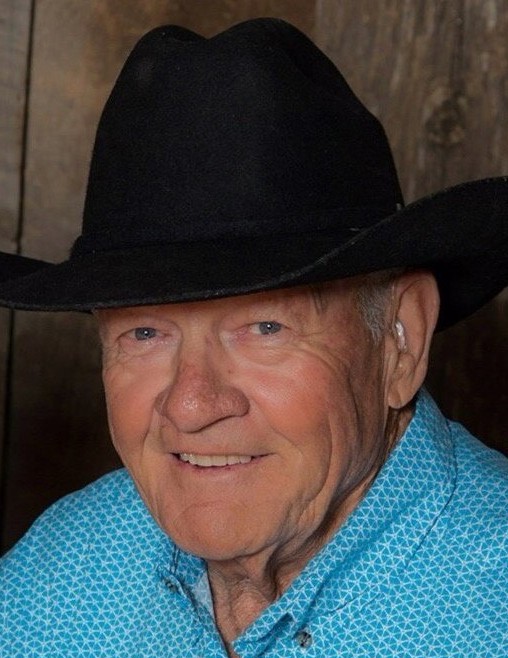 James M Handley, age 80 passed away February 2, 2021 at his home in Milford, UT, surrounded by his loved ones. James was born March 21, 1940 in Milford, UT to Lucille (Frazier) and ‘Bud’ Handley in Milford, UT. He served proudly and honorably in the US Army as an MP during the Vietnam War. He attended the University of Utah and was a graduate of Weber College.

He married his best friend and the love of his life Kathleen Mysliwiec Phelps. Their marriage was literally made in heaven. With a little push and help of fellow teachers; they met and began simply as friends, became best friends, then newlyweds. They married in Evanston, Wyoming on his sisters Ranch. They blended their families and became one large blessed happy family. Theirs became a home filled with love, loudness, and laughter. Never two people more in love and supportive of each other than James and Kathleen. Never an argument, never a regretful word. They made a perfect pair. He could always make her laugh and she could always ‘calm the storm’ as James would put it. He would always tell people, “I never knew you could be married and Happy at the same time”! She would always say her life began with him and she could never imagine life without him. It was rare to see one without the other. When they speak of one another it’s always with a huge smile and with love, respect and admiration in their voice. Kathleen stayed by his side every day until his last breath.

His ultimate pride and joy were his wife, children and grandchildren. He was proud of the legacy his son Ryan left behind, but also so very proud of the strong and beautiful five girls he raised. He had a tendency to brag about his wife to the point of her embarrassment, but she loved it never the less. Never a day or conversation went by when the word ‘I love you’ was not spoken or expressed by him, his wife, one of the children or grandchildren to him. He was a man that felt every emotion his children did and he loved them beyond words.

James was the epitome of the perfect teacher. He taught for 31 years at Holbrook Elementary in Bountiful, UT. He truly loved his students and would go far beyond just teaching to help one of his students. He held Jack tournaments and was the king. No student was ever able to beat him. He loved to challenge students in basketball and baseball. Parents would bring their students out to the horses and cows for the extra fun and education he offered. He was so loved by students and parents, that most have kept in touch with him all these years. He was a great and avid horseman. He always said teaching was the perfect job because it gave him his entire summer for ranch work and fun. His first love (just a bit below his wife) was raising and training quarter horses along with his hours of roping and raising cattle. He could usually be found heading out west to the wild horses on a sunny weekend. When out in the Alfalfa irrigating James would always say “I don’t want to be a farmer” and laugh. With his wife Kathleen always by his side, he always managed to make the perfect mix of family, fun and work.

James (Jim as his close friends called him) was an honorable and giving man. A well-respected man. He will be so greatly missed by his family and so many more who’s lives he has touched. Thank you for the cherished memories. I Love you so very much Sweetheart, We Love you Dad, We Love you Grandpa.

James was a believer that funerals are for the living only. He did not like the sadness. “I want ‘happy”. He was an unjudgmental man. He always saw the good in people. He would say, I have great friends and family who all know how I feel about them and I the same. ‘Remember me that way’ was his request. His wishes were cremation and to be honored by his children in a private family gathering during the summer which was his favorite time of year.

The family would like to express their sincere gratitude to friends and family. Especially to Keith James, for always being ‘on call’. To Dr Oakden; he thought the world of you. We truly appreciate everything you have ever done for him. Hospice - Amber and Miranda, we will never forget and will be forever grateful for your unselfish love and care of him. You are all truly Angels. Thank you all so very much.

To send flowers to the family in memory of James M Handley, please visit our flower store.
Send a Sympathy Card