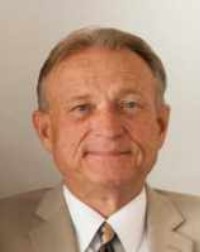 James Louis Herzog Jr. was born in Pocatello, Idaho in 1946 to James L. Herzog and Emmaline Olsen Herzog. On September 14 and surrounded by his loving family, he passed on to a better place from the effects of cancer. He is finally free from his life of struggle and pain.

Jim met his wife, Anita Severe, at Pocatello High School during their junior year. They were married in 1967 and later sealed together for eternity in the Idaho Falls Temple.

Jim graduated from Idaho State University with a bachelor’s degree in business, then went to work for his uncle Paul at Intermountain Marine Sales. After a couple of years, he bought the business and made it his life’s work and passion.

Growing up in the Dunn Street-4th Avenue neighborhood resulted in Jim making many friends and having lots of fun. As a very young boy he contracted the Polio virus. He spent months in the Elks Rehabilitation Center in Boise where he had to relearn many life skills. His mom and dad came to visit a couple of times a month. Of course, he was involved in wheelchair races and other antics. However, he never got into real trouble because he was Nurse Gray’s favorite patient and she helped him out of many scrapes. He started school at Whittier Elementary then the family moved into a new home on Johnny Creek Road and that required a change to Emerson Elementary. From there to Hawthorne Jr. High and on to Poky High School, he met many lifetime friends. Bob Boyle and Brent Fowler lived just down the hill and the three of them began their reign of terror and mischievousness that continued through college.

Jim was a pitcher in Little League baseball, having someone run the bases for him. He never let his disability slow him down from anything he wanted to do. He loved pheasant, duck and goose hunting with his dad, uncle Vern and the dogs. He also loved fishing, boating, and golfing with friends and family. His greatest love was spending time boating with his kids on Jackson Lake, at Seagull Bay, Lake Meade, and San Diego. He lived life to the fullest.

Jim’s family would like to express their gratitude to Applegate Homecare and Hospice nurses and aides for their kind and loving service to him.

Cremation was completed by Hughes Mortuary in St. George, Utah. A memorial service will be held in Pocatello on September 25 at Lakeview Chapel, 1241 Lakeview Dr, Pocatello, Idaho.  Visitation will be at 11:00 am with Services following at 12:00

A zoom link will be available prior to services.  In lieu of flowers, donations can be made to The March of Dimes at marchofdimes.org.

To send flowers to the family in memory of James Herzog Jr, please visit our flower store.
Send a Sympathy Card