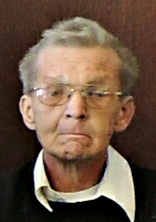 James (Jim) Val Jones, 62, passed away unexpectedly but peacefully on August 11, 2020. He was born on March 29, 1958 in Price, Utah to Jewell and Joyce Jones. He was the sixth of seven children. When he was very young, a variety of medical conditions caused him to suffer some intellectual disabilities.

Jim loved life and people. He never made a cruel remark and wanted to be friends with everyone he came into contact with. He lived the best he knew how, trying to please those around him. He always found things to do. When he was young, he liked to copy his older brothers by climbing trees, riding bikes, and “fixing” things he thought needed repairing. In his later years, Jim enjoyed cowboy movies, yard work, Legos, and putting jigsaw puzzles together.

As a child, he moved from the Price area to Hunter, Utah (now West Valley City) with his family. Jim graduated from Cyprus High in Magna, Utah. Jim then moved to Craig, Colorado to be near his oldest brother, Ben. He later moved to Bakersfield, California followed by Las Vegas, Nevada before settling down in St. George, Utah, with his brother Ed Jones.

To send flowers to the family in memory of James (Jim) Val Jones, please visit our flower store.
Send a Sympathy Card