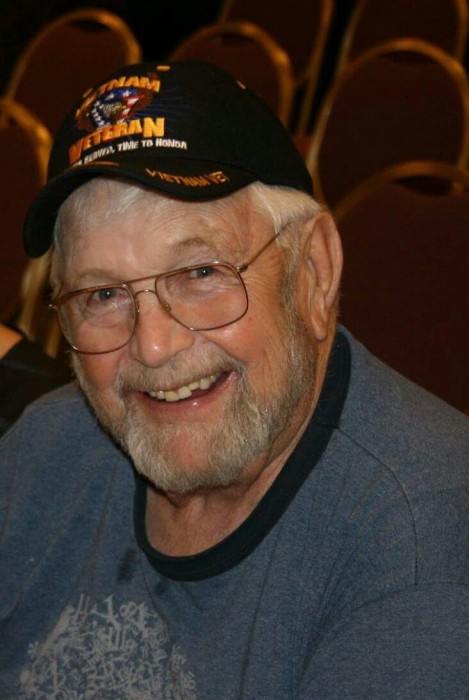 James (Jim) Edward Kropf, 73, passed away Oct. 17th, 2016 after a 15 year battle with cancer. Jim is survived by the love of his life and wife of 53 years Mickie Kropf, his son Robert, daughter-in-law Mindy and his grandchildren Ali (Justin) Ziegler, Shelby (Phil) Noyes, Lance Kropf, Madison Kropf, Tyson Kropf, and Kinsey Kropf. Jim was reunited in heaven with his parents Joe and Christie Kropf and his brothers Pete Kropf and Norman Kropf. Jim and Mickie married Nov. 16,1963. Jim was a Vietnam veteran and proudly wore his Vietnam vet hat everywhere he went. His favorite times in life were when he was hunting or fishing with his family, and we will be eternally grateful that he was able to take his grandson Lance hunting just a couple weeks before his passing.

A grave side Military service will be held Thursday Oct. 20 at 1:00 p.m. at Enoch City Cemetery
In lieu of flowers please make a donation to Huntsman Cancer Institute.

To send flowers to the family in memory of James (Jim) Edward Kropf, please visit our flower store.
Send a Sympathy Card