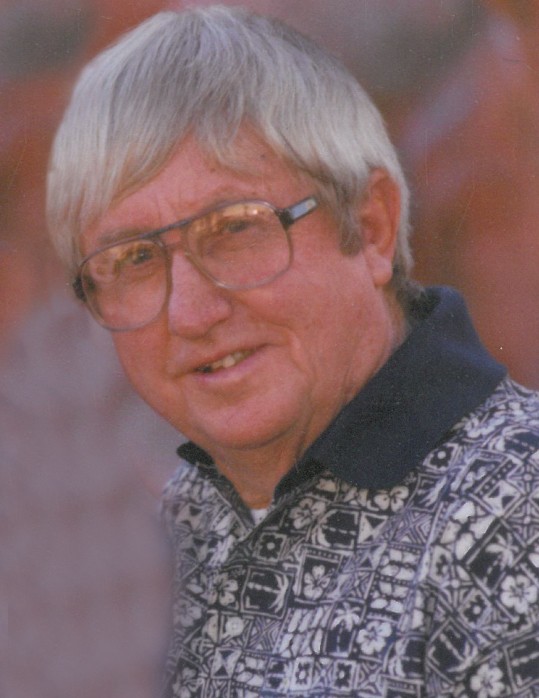 A veteren of the United States Air Force James Edward McGinty passed away peacefully Thursday August 1st, 2019. He was born on Sept. 3rd, 1931 to Edward and Lillie McGinty in Greensboro, Georgia. James married Hazel Rosner and together had several beautiful children.  When they divorced James married Sandra Mark whom he adored the remaining 46 years of his life.

After serving honorably for 30 years as a pilot he retired from the airforce. James shared his passion for flying with everyone. You would often find him on the hill with his wife Sandra or grandchildren as they watched the airplanes take off and land while eating delicious cake donuts.

James was a pilot in the Civil Air Patrol, a bailiff in the juvenile court, a tow truck driver, a mechanic and one of his favorite jobs was as a crossing guard for Sunset Elementary. As a member of the Church of Jesus Christ of Latter Day Saints he had various callings working with the missionaries when living in Warner Robins, Georgia.

James showed his love to his family not by words, but by his actions. He had many passions in his life among those; coca cola, ice cream, taking trips to Mesquite, camping, fishing, watching wrestling, going to breakfast, watching the airshows, attending the grandkids ball games, dance recitals or any special event. In his final days he loved driving the carts for his “exercise” at Walmart and spent many nights watering the plants outside. A special thanks to Michelle for taking such good care of him in the end. He is loved and will be missed by so many.

To send flowers to the family in memory of James Edward McGinty, please visit our flower store.
Send a Sympathy Card