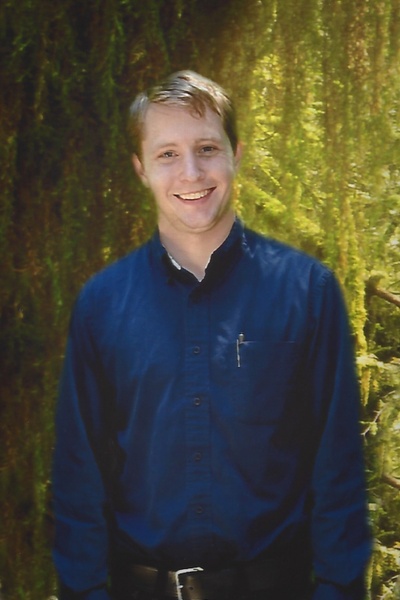 Jeremiah was raised in Short Creek (Colorado City, Arizona, and Hildale, Utah). As a baby, he began to smile earlier than normal, and he kept smiling ever since. He was a very joyful individual who brought a light to everyone around him.

Ever since he was a little boy, Jerry was fascinated by airplanes and flying. His dream was to one day become a pilot. He began his pilot's training, was signed off on his first solo flight, and accomplished his goal of learning to fly.

Jerry was home-schooled and loved to learn. He was an avid reader, loved creative writing, was working on some book ideas, and regularly shared short stories he dreamed up. He had an interest in different languages and was learning Spanish and Japanese.

Jerry loved fishing. This past summer he went fishing almost every weekend and helped supply family and friends with many delicious meals. He loved hiking and playing with his siblings and other children. Jerry doted over and loved his handicapped brother Teddy.

He was also known for his spirit of adventure. He enjoyed life and wanted everyone to enjoy it with him. One friend said, “With Jerry gone, who is going to make us get out and do stuff?” Jerry's love of adventure was contagious, and he motivated many to enjoy life more, to live life to the fullest.

Construction jobs, educational pursuits and family vacations enabled him to travel all over the nation. In between all this, he managed to finished a number of courses at Mohave Community College. When he came home with a motorcyle, the family was shocked, but in a way, it made sense with his personality. He joined the family on a vacation to San Diego, but while everyone else was inside vehicles, Jerry accompanied the caravan by motorcycle. It brought him great joy. The most important things in his life, however, were his love for his family and his faith.

Jerry worked at Countertop Source and had many co-workers who enjoyed his association and will miss him and his bright smile. Jerry was selfless.  Whenever he took anyone else on a motorcycle ride, if there was only one helmet, he always made sure that the other person wore the helmet, putting his passenger's safety above his own. On November 7, Jerry was giving a quick ride to a friend. He gave his friend his helmet. This is when the accident occurred that took Jerry's life.

If there is any comfort in his death, it is in knowing that he died being Jerry, doing what he loved and what he was known for. He lived a righteous, giving, selfless life, and he is now in a better place.

He is survived by his father, mothers and 24 siblings, as well as a grandmother and many aunts and uncles.  Friends may call Wednesday, Novemeber 13th, from 5 to 8 PM at Hughes Mortuary. Other service dates or information is released by invitation from the family.

To send flowers to the family in memory of Jeremiah Joseph Richter, please visit our flower store.
Send a Sympathy Card