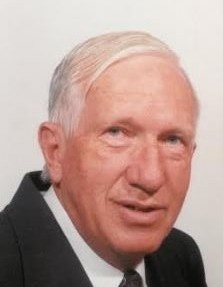 St George, Ut. Jerry Stewart Malm, 87 returned home to his heavenly father on Saturday, December 19, 2020 surrounded by his wife and children. He was born February 13, 1934 in Salt Lake City, Utah to Walter Arony Malm and Ora Eliza Stewart. He married Doris  Ann Hartley (from England) September 3, 1955 in Salt Lake City, Utah. They were later sealed in the Swiss Temple in 1962.

He joined the United States Air Force in 1954 and trained as a dental lab technician. After leaving the Air Force he started his own dental lab business. He later worked for Hill Air Force base as a civilian managing the Dental Lab until his retirement in 1992.

During his Air Force years, Jerry and his family had opportunity to travel to many countries and their surrounding areas. He lived in Japan, France, and the Philippines. He also lived in California, Texas, Nevada, Florida, Maine, Colorado, Arizona, Idaho and Utah.

Jerry and his wife also served a church mission in Guam.

He always loved the outdoors and would take his family camping often. He was also fond of gardening. He especially loved meeting people and had the nick-name Mr. Friendly. He joined the Lion's club while he was living in Brigham City, Utah.

As an active member of The Church of Jesus Christ of Latter Day Saints he held many leadership positions. The scouting program was one of his favorites and he served faithfully in the St. George temple in his later years.

The family wishes to extend a special thanks to Suntree Hospice (especially Paula and Trinity) for the kind and loving care they gave Jerry and the family.

To send flowers to the family in memory of Jerry Stewart Malm, please visit our flower store.
Send a Sympathy Card