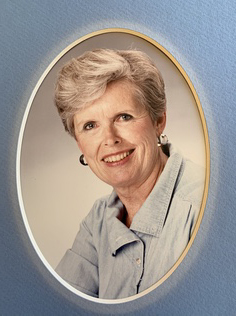 St. George, Utah - Joan Porter Christie, 87, passed away June 25, 2019.  She was born September 19, 1931 in Oakland, California to Raymond and LaVina Clark and was the second of three children.  She married Charles (Skip) Sumner Porter, July 22, 1951 in Alameda, California.  Skip served in the Navy and together they lived in various places including Alameda, California, Boulder, Colorado, Lemoore, California, and Albuquerque, New Mexico.  Skip passed away in 1986 and in 1989, Joan married Chalmers (Chris) Christie.  They served a mission together in St. George, Utah after which they settled in Hurricane, Utah.

Joan was raised and spent her childhood in Oakland, California where she quickly gained a love for all things music.  She played the glockenspiel, piano, and the organ with great proficiency. One of her favorite things to do was sit down and play any song asked of her, by ear.  Joan was a member of the Church of Jesus Christ of Latter-Day Saints where she also used her musical talents to serve.  She was either playing for or directing many ward, stake, or regional choirs. She enjoyed playing tennis, hosting amazing parties, board games, gardening, and traveling.  She was able to see much of the world, including Ireland, Japan, Alaska, and Turkey.  Joan had a contagious laugh and happy disposition.  In her later years, she was gracious through difficult times.  She leaves a legacy of love and always keeping a song in our hearts.

She is survived by her children Jack Porter, Bryan Porter, Marty (Clayton), and Patty (Arbon).  She is preceded in death by her husband Skip Porter, husband Chris Christie, daughter Jill Ehorn-Foy, her parents, and siblings.

To send flowers to the family in memory of Joan Porter Christie, please visit our flower store.
Send a Sympathy Card