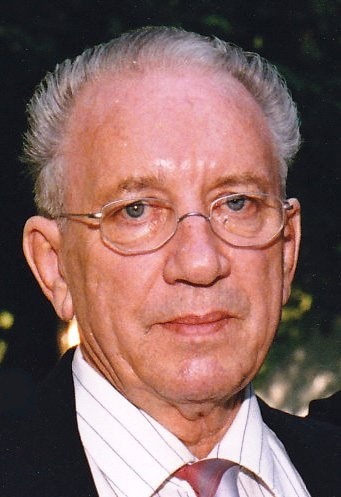 Joel Palmer Symes passed away on November 10, 2016 in Hurricane Utah. Joel was born in Salt Lake City, Utah, to Ward Dollman Symes and Vera Symes, just after his twin sister Judy, on September 14, 1937. Joel was raised in Idaho and lived in California and Utah; he lived the last ten years in Ivins, Utah.

Joel spent his early years in Pocatello and Preston, Idaho, attended Preston High School and served in the United States Army from 1954 to 1957 as a heavy equipment mechanic and truck driver as a member of the Army Corps of Engineers. During his time in the Army, Joel was selected to participate in a top secret project in Mercury, Nevada, working at Camp Desert Rock, precursor to today’s top secret base at the Nevada Test Site. The adventurous kid from Preston, Idaho found himself at the forefront of the Cold War and was a first-hand participant in America’s emergence into the nuclear age. He witnessed 17 above ground nuclear detonations and got a little too close to a few of them, being hospitalized at least once for radiation exposure.

Following his discharge from the Army, he married Jane Ashford in 1964. They settled near San Francisco and started a family as he began a career as a master mechanic with United Airlines at San Francisco International Airport where he worked until 1978. Joel moved his family to northern Utah where he owned a diesel engine repair business. Joel moved to southern Utah in 1989 and settled in Ivins, Utah in 2006.  In his free time, he enjoyed woodworking and was an accomplished amateur cook.  He was an active member of the Red Cliffs 8th Ward.

Joel was preceded in death by his father Ward Dollman Symes, mother Vera Palmer Nelson, sister Judy Larsen and great-grand-daughter Charlie Aurora Symes. He is survived by his children: Ward and Nanette Symes of Washington, UT, Rodney and Audry Symes of Portland, OR, Robin Symes of Hebron, KY, Lee and Rena Symes of Port Hadlock, WA and Glenn and Shelley Symes of Layton, UT, in addition to 10 grandchildren and 6 great grandchildren.

Funeral services will be Saturday, November 19 at the LDS Chapel at 625 East Center Street in Ivins, UT. Visitation will be held at 10 AM, funeral service at 11 AM with interment immediately following at the Ivins City Cemetery.

To send flowers to the family in memory of Joel Palmer Symes, please visit our flower store.
Send a Sympathy Card