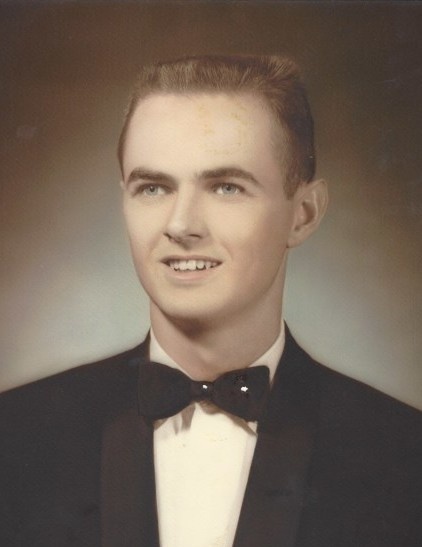 Joel Douglas Webster was born August 20th, 1938 in Newport News, Virginia to Joel Franklin and Sallie Huffman Webster. He passed away peacefully September 09, 2021 with his family around him.

Joel spent his childhood growing up in Virginia. His Father worked at the Newport News Shipyard, while his mother stayed at home taking care of Joel and his younger sister Anne. Joel graduated High School in 1957 and attended Virginia Tech in Blacksburg, Virginia, where he graduated with a Bachelors degree in Civil Engineering.

After Graduation, he ventured out west to Boulder City, Nevada where he began work with the Bureau of Reclamation. Through a mutual friend, he met a pretty young lady named Mary Terry. They started dating and were married 7 months later on December 28th, 1963 in Boulder City, Nevada.

Working for the Federal Government gave Joel and Mary the opportunity to live in many different states. They lived in North Carolina, Indiana (where his two sons, David and Scott were born), as well as Ohio, Colorado and Utah. He continued to work for the Federal Government in the Environmental Protection Agency and retired after 33 years of service at the age of 54.

In 1994 Joel and Mary settled in New Harmony, Utah where they bought a home and enjoyed beautiful views of Kolob Canyon from their front deck. . He would always comment "This is my favorite home I have ever lived in." He loved the town of New Harmony and the people who lived there. He was active in his community and served 3 years as a city councilman and went on to become Mayor, Serving over 20 years, the longest running Mayor of New Harmony. He enjoyed serving as Mayor and everything that came with it. One of his favorite times was teh 4th of July celebration, when all of his kids and grandkids would come to watch or participate in the small town parade. He enjoyed the breakfast and lunch in the park as well as the games and just visiting with the community. He didn't even mind when they put him in the dunking booth, where he was dunked over and over again. His grandkids enjoyed that part as well.

Joel enjoyed being in the outdoors and visiting the State and National Parks often to hike the trails in Zion, Kolob, Great Basin, and Arches. He was especially fond of Bryce Canyon, where he enjoyed camping with his family in the summer at Ruby's Inn and spending a few days between Christmas and New Years enjoying the winter scenery. In 2013 Joel and Mary celebrated their 0th Wedding anniversary in Bryce Canyon with their kids and grandkids.

Joel enjoyed being with his family. He had a great love for them. he would help them any way he could, sharing his wisdom and experiences. Joel wasn't a woodworker but became one when his son David opened a woodworking business. He helped him many times over the years building, sanding and staining projects. He loved when his family was all together in his home, laughing and enjoying a home cooked meal together. Joel also enjoyed going out to eat. He would take Mary out to lunch almost every day. They would hop in the truck and drive to different places to eat. Sometimes far away or sometimes close to home. Many of the servers and managers knew them by name and looked forward to seeing them again soon. Sometimes as soon as the very next day.

A graveside service will be held on Friday, September 17th at 11:00 am at the New Harmony Cemetery in New Harmony, Utah under the direction of Hughes Mortuary. In Lieu of flowers and in honor of our Dad, please donate to any State or National Park or to the charity of your choice.

The family would like to thank Southgate Senior Living for the care of their Dad this past year.

To send flowers to the family in memory of Joel Webster, please visit our flower store.
Send a Sympathy Card