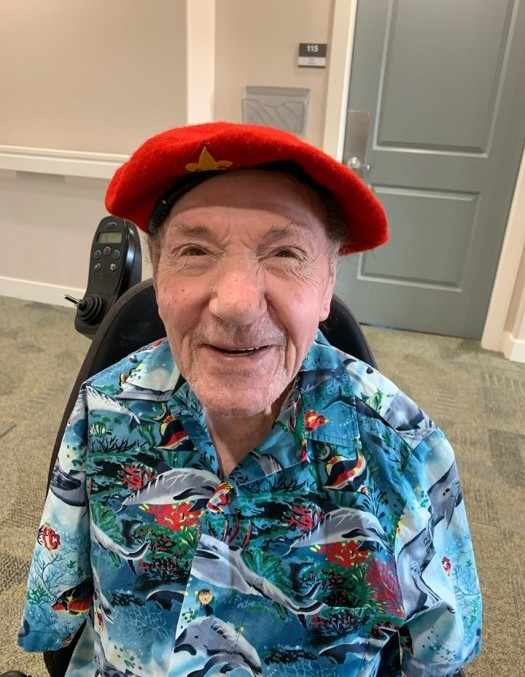 The Haven at Sky Mountain

Johannes Michalski, 82 of Saint George, Utah, passed away peacefully in his sleep on Monday, November 4th, 2019 at the Haven at Sky Mountain in Hurricane Utah.

Throughout his life, Johannes triumphed over many adversities including losing both of his arms in an electrocution accident at the age of 10 that would change his life forever.

Born on December 10th 1936 in Vucht, Belgium the son of Anton Michalski and Cecelia Walchzak. He was the youngest of three siblings, raised by a single mother after losing his father to suicide at the age of 2.

His mother struggled to find work and a safe environment for him and his siblings in war-torn Europe. Consequently, Johannes spent many of his childhood years in orphanages suffering horrific physical and emotional abuse.

Shortly after the war ended Johannes and his siblings were reunited with his mother when tragedy stuck again. After climbing an electrical pole he mistakenly grabbed a power line with both hands electrocuting himself and falling 3 stories to the ground causing grave bodily injury. Johannes struggled to survive the incident and spent many years afterwards having to relearn using his mouth and feet the most basic tasks of daily living.

Johannes persevered and eventually began to explore his love of art using his mouth to cradle his pencil and paint brushes. His dream was to become an artist despite his impairments.

At the age of 19, he was discovered the Association of Mouth and Foot Painting Artists who awarded him a scholarship to attend the prestigious Royal Academie Des Beaux Art in Brussels Belgium where he graduated with distinctions.

Johannes was a passionate man and a father to his only son Jean-Marie Michalski. He raised his son as a single dad from the age of 15 months. In 1982 he and Jean-Marie immigrated to the United States where he eventually settled in Saint George Utah.

Johannes is survived by his son, Jean-Marie and two grandchildren Kaylie and Macie Michalski.

Jean-Marie Michalski will be receiving friends at The Haven at Sky Mountain on Friday November, 15th, 2019 at 10:30am

To send flowers to the family in memory of Johannes Michalski, please visit our flower store.
Send a Sympathy Card

The Haven at Sky Mountain