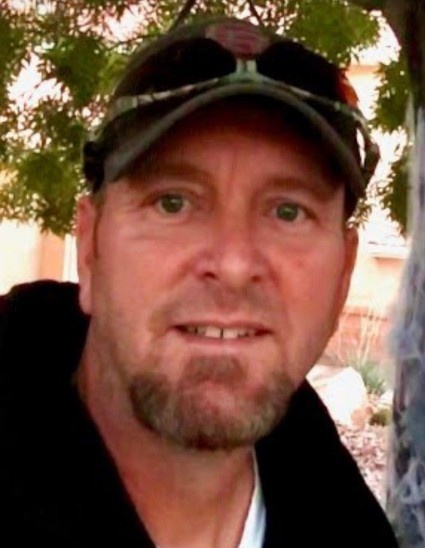 John married Kimberly Blazzard Ruesch on March 21, 1998, and they have three beautiful children who meant the world to John. They divorced in 2020. John lived the majority of his life in St. George where he attended Dixie High School.

In John’s early years he worked in the HVAC trade until he discovered his true passion and became a Journeyman Lineman after graduating from Utah Valley State College in Orem, Utah, and finishing his apprenticeship with Overton Power District No. 5 in Mesquite, Nevada. John believed in working hard and was dedicated to safety. In a trade where mistakes can be fatal, John lived by the philosophy that there is no such thing as an accident, just poor planning, and he was always looking seven steps ahead. He loved his lineman brothers and felt the years that he worked for Overton Power were some of the most rewarding years of his life.

Although John endured several physical and mental trials during his time on this earth, he found a lot of peace in the beauty of the outdoors. He loved camping, fishing, birding, and taking walks along the boardwalk at Sullivan Park. He was dedicated to attending Utah Bald Eagle Day and looked forward to collecting the new eagle pin each year.

John looked for joy in simple things like throwing a baseball, watching the sunrise, and observing the changing colors of each season. He loved to laugh out loud and enjoyed a good tease. He had a talent for fixing things and enjoyed seeing things restored to their proper order.

John was a member of the Church of Jesus Christ of Latter Day Saints and enjoyed reading about the teachings of Jesus Christ. Over the past few years he developed a very personal relationship with his Heavenly Father and his own testimony of the atonement. He had a very loving heart and cherished his neighbors and friends. He will be deeply missed.

John is survived by his three children, Rhiannon Mae Ruesch of St. George and Chance John and Kylie Marie Ruesch of Saratoga Springs, Utah; his parents; his brothers, Ross W. and Randy E. Ruesch and a sister, Jennifer M. Ruesch, all of St. George. He also leaves behind his fiancé McKenzey Schafer who was a ray of light and anchor for him. John was preceded in death by his grandparents Bill and Margery Busch, Kenneth and Marjory Millerberg, and Rondo Ruesch.

If you have a fond memory of John that you would like to share, please email it to lonnieruesch@hotmail.com.  We are compiling a book of memories for his children.

To send flowers to the family in memory of John David Ruesch, please visit our flower store.
Send a Sympathy Card