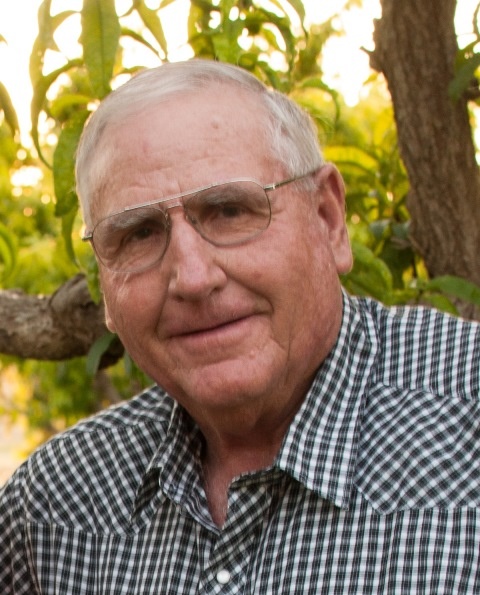 John Harvey Wadsworth, 66, died Friday March 25, 2016 surrounded by his loving family. After his long struggle with non-Hodgkin’s lymphoma, John passed away from pneumonia. He was born May 9, 1949 in Hurricane to Carl Eugene and Leah Ballard Wadsworth.  He married Colette Reeve March 28, 1970, for time and all eternity, in the St. George LDS Temple. John and Colette have been stewards of the land their entire marriage spending their life together raising crops and kids and agriculture awareness.  John became the Water Master of Hurricane Canal Company prior to their marriage.  They became active in the County and State Farm Bureau organizations.  John was the Virgin River Water Commissioner for 20 years.  He served on numerous agriculture boards:  the Washington County Water Conservancy District, Dixie Conservation, Washington County Weed Board, Farm Service Agency, and was currently the Hurricane Canal Company President.  He loved the youth and served as a mentor to many FFA Chapters, was on the Dixie Jr. Livestock Show Committee and served as President of the Hurricane Valley Roping Club in his younger years.  He was active in the Church of Jesus Christ of Latter-day Saints and enjoyed his time as a member of the High Council and loved his most recent call as a Young Single Adult Shepherd. He is survived by his devoted wife, Colette, their children, grandchildren and great-grandson; Daughter, Malinda Allan (Stan) their children, Jacey Madden (Kyle) their son, Tanner; Jaquois, Tyler, Sierra, Montana and Hunter; Daughter, Kimberly Nielson (John) their children, Stetson (Mallorie), Austin, Dallas, Wyatt, and Dakota; Son, Dallan (Kate) and his daughters, Bailey, Shanley, and Arena; Daughter, Jolene Harris and her children, Cheyanne, Dalton, Ryder, MaKoy, and Wrangler.  His brothers; Carl  (Vanda) and Durward (Gwen)  Wadsworth,  sister  Carolyn Henderson,  brother -in-law  Keith Evans, Uncle Calvin Ballard, and many cherished cousins,  dearly loved nieces and nephews. He was preceded in death by his parents, his parents-in-law Gilbert and Thenelda Scow Reeve, and sisters; Myrna Evans and Marian Wright. Funeral services will be held Saturday April 2, 2016 at 11:00 a.m. at the Hurricane Stake Center 677 S 700 W.  Friends may call Friday evening from 6:00 – 9:00 p.m. or Saturday morning at 9:00 a.m. at the same location.  Interment will take place at the Hurricane City Cemetery.  In lieu of flowers, donations may be made in his memory to the Hurricane High School FFA, 345 West Tiger Blvd., Hurricane, UT 84737, 435-635-3280 or the Dixie Jr. Livestock Show, P.O.  Box 911618, St. George, UT, 84791, 435-669-6923. Arrangements are under the direction of Hughes Mortuary (435) 674-5000. Visit www.hughesmortuary.com to leave condolences.

To send flowers to the family in memory of John Harvey Wadsworth, please visit our flower store.
Send a Sympathy Card