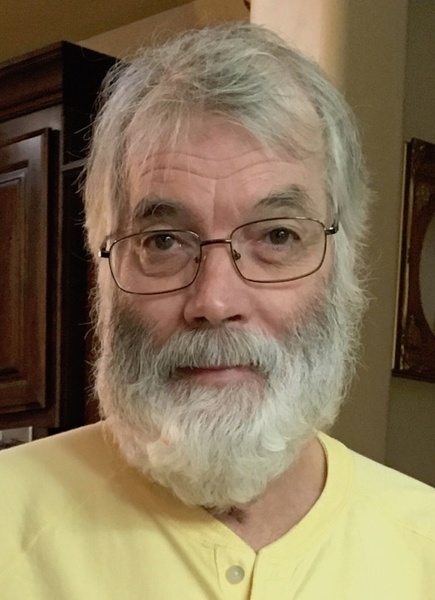 St. George, Utah - John Anthony Worthen, age 71, passed away on June 3, 2020 in St. George, Utah. He died of complications resulting from a fall at home.

John was raised in Burbank and Glendale, California. He attended school in Glendale and in his senior year of high school transferred to Provo High School in Provo, Utah, where he graduated in 1967. He then attended Weber State College in Ogden, Utah, majoring in marketing. While at Weber State John met and married Dana Hoyt. They were later divorced.

John moved back to California and resided in Reseda for most of his adult life, where he worked in the automotive industry in sales and management. After a long-standing blood disorder and several surgeries, John was unable to continue working and moved to Salt Lake City, Utah to reside with his sister and brother-in-law, Pat and Lou Miles. He later moved with the family to Washington, Utah.

John loved the beach, and even long after he left California he could often be found wearing his signature shorts and flip flops. He was very athletic in his youth and especially loved Little League baseball and water sports. John loved to help his neighbors and also enjoyed playing golf; and worked as a volunteer ambassador on the golf course. John was a card shark and treasured the friendships he made with members of a local card-playing club, the St. George Social Gaming Group.

John was an enthusiastic cook and an accomplished grill master—he loved swapping tips about ingredients and kitchen tools, as well as sharing what he made with friends and family. He was an avid bargain hunter, and there wasn’t a butcher, grocer, or a baker in town who didn’t know John by name. He will be remembered for his calm, pleasant temperament, as well as his loving, generous spirit.

John is survived by his older sisters, Patricia Miles (Louis), Washington, Utah; Peggy Romney (Ronald) Washington, Utah; and two younger brothers, Richard (Anne), Lake Bluff, Illinois; Thomas (Marsha), Silverton, Oregon; as well as many beloved nephews and nieces across the United States and the world. He was preceded in death by his parents, his eldest brother William, 3 nephews, and 1 niece.

A graveside service will be held Saturday, June 13, at 11am at Tonaquint Cemetery, St. George, Utah.

To send flowers to the family in memory of John Anthony Worthen, please visit our flower store.
Send a Sympathy Card