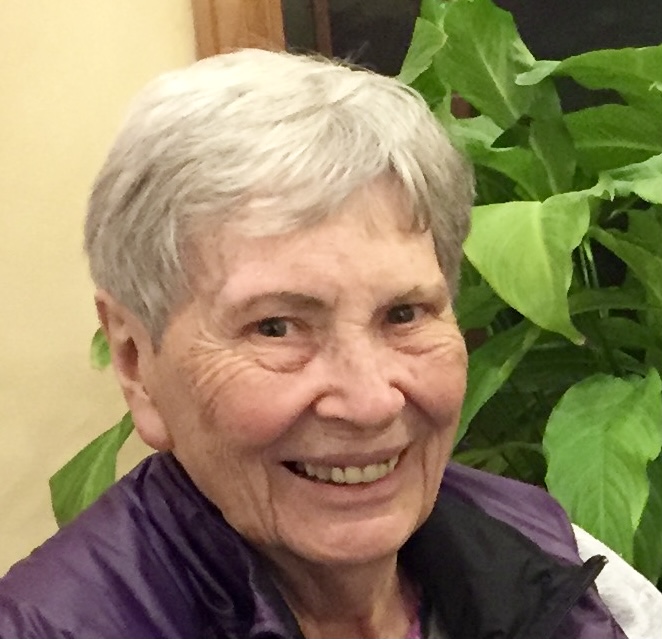 Joyce waited patiently for 15 years until Brent finally came to get her on June 6, 2021.  She was born to Ona Royal Webb and Norma Veloy Palleson on August 11, 1926 in Logan, Utah.  Her dad was killed in a work-related accident when she was just eight months old, and her mother took baby Joyce to Peoa, Utah where Norma’s family lived.  After graduation from South Summit High School in 1944, Joyce moved to Salt Lake City.  She was offered a $25 scholarship to Utah Agricultural College but had no idea how to make her way in Logan with no other financial resources.

Working as a waitress at Rosie’s near Liberty Park in 1945, Joyce met Brent, who often came in with friends for a burger after an evening at one of the area’s skating rinks.  They married on January 11, 1946, and though neither had anything materially, through grit and hard work created a wonderful life together.  They built a little house on 700 East next to in-laws, Les and Laurel, and raised five children there—Dennis Brent (Sue), Norman Webb, Nancy (Bruce Jensen), Bradford Royal, and Terri (Paul Sims). They lost a full term baby, David Wood, in 1954.  Marietta Jones Denetclaw lived with the family during the school year for four years, and Joyce has been a second mother to her.  In 1956, on their tenth anniversary, Brent and Joyce were sealed to each other and their children in the Salt Lake Temple.  Joyce had a firm, unshakable testimony of her Savior and the plan of salvation.

Joyce finally went to college at age forty-five and graduated as an RN in 1975.  She worked as a nurse at the VA Hospital until 1986 when she and Brent began a new chapter in Hurricane, Utah, where Brent grew up.  They built a passive solar home, with a big garage/workshop for Brent, and thoroughly enjoyed life in southern Utah.  Though they had “retired,” Joyce helped Brent with his woodworking projects and volunteered many years at Hurricane’s senior center.

In the years since Brent’s death in 2006, Joyce lived quietly in Hurricane.  She enjoyed many good friendships with neighbors and ward members.  She loved making afghans and quilts for grandchildren and to donate to Primary Children’s Hospital.  Visits and phone calls from family far and near were always her favorite, and she expressed her gratitude for her family every time you saw her.

We appreciate the care and attention given to our mom by her neighbor and physician, Dr. Danny Worwood; the kind caregivers at Advantage Healthcare in St George; and to Lynette Barney, who has been an angel in recent months.  There are too many other amazing neighbors, friends and ward members to mention by name, but please know how much she loved and appreciated you all for your visits, books, meals and especially for your friendship.

A brief prayer and dedication of the grave will be held at Hurricane Cemetery, 225 E 600 North, on Saturday, June 12 at 11 am.  We will meet at the Heritage Building LDS Church, 1178 S 700 West immediately afterward for some brief remembrances and a celebration of Joyce’s life.  She would have wanted you to be cool and comfortable so dress accordingly, and then stay to visit and have lunch.

To send flowers to the family in memory of Joyce Webb Gibson, please visit our flower store.
Send a Sympathy Card