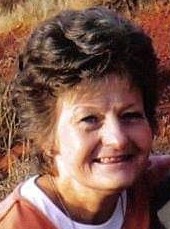 Judy Lynn Ward Williams, 73 years old, passed away on July 29, 2019 following a battle with lung disease. Judy was born on February 8, 1946 in Ogden, Utah and was adopted by William Kimball and Fae Rene Ward. She was their only daughter. Judy grew up in Ogden and attended Ogden High School. She had a passion for singing and was a member of several singing groups. Judy’s parents adored her singing and frequently requested she filled their home with her amazing voice.

After high school, Judy attended Utah State University where she studied music. While at the University, she met Terrel Olin Kimber and the two were married on December 15, 1967 in the Logan, Utah Temple. The couple welcomed their first son, Terry, a short time later. Terrel was drafted into the U.S. Army and sent to fight in Vietnam War. Unfortunately, Terrel was killed in combat. Following Terrel’s death, Judy reconnected with James Kent Williams, a man she had met while they were stationed in Fort Benning, GA. Kent and Judy were married on March 3, 1972 and were later sealed for time and all eternity in the Salt Lake City, Utah Temple. The couple went on to have four more children.

Judy continued to be involved in music in her adult life. Her musical talents were passed on to her children. She also held various jobs in the education field, most notably at West Elementary in St. George, UT where she worked for many years. Judy loved the outdoors, especially geology, earthquake studies, and volcanoes. Many family memories were made while visiting national parks. She was a die hard fan of the New York Yankees, the Chicago Cubs, the Dallas Cowboys, and the University of Utah Utes.

Judy was a “second mother” to many of her children’s friends. She was a steady fixture at their school and sporting events. She also adored spending time with her children’s spouses and grandchildren. In her midlife, Judy was diagnosed with breast cancer. She courageously fought the disease, eventually becoming cancer free. She also cared for her husband, Kent, while he battled multiple sclerosis for 30 plus years. Kent passed away just 36 days before Judy.

The family would like to thank the amazing staff at Dixie Regional Medical Center Second Floor, as well as the IHC Palliative Care staff.

Arrangements are made under the direction of Hughes Mortuary, 1037 E. 700 S. St. George, UT, (435) 674-5000. In lieu of flowers, the family has asked donations be made in Judy’s name to the National Breast Cancer Foundation.

To send flowers to the family in memory of Judy Lynn Williams, please visit our flower store.
Send a Sympathy Card