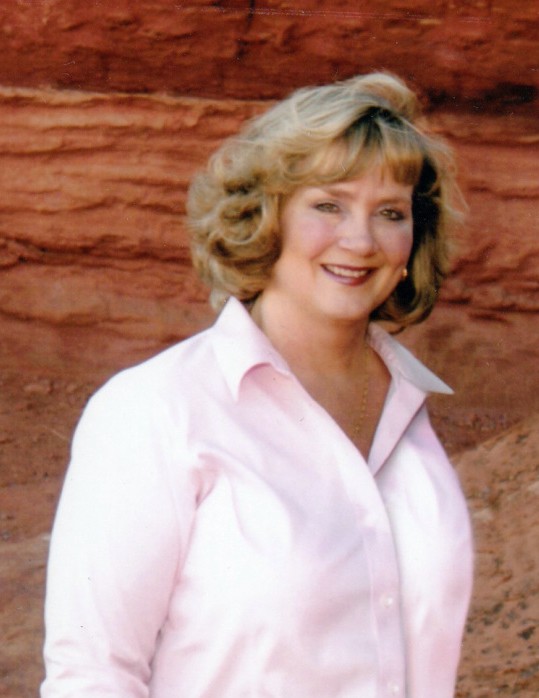 Our family regretfully announces the passing of our daughter, sister, mother, and grandmother, Julie Lyn Knowlton. Julie passed away quietly in her home on May 15 at the age of 59 after a long and arduous battle with cancer.

Julie was born in Los Angeles, California to first-time parents, Ray and Melzie Ganowsky. She was an active and curious little girl who enjoyed learning and reading. It wasn’t uncommon for her to finish a novel in just one day.  She loved classic novels, but her favorite stories were about horses—books like My Friend Flicka, The Black Stallion, and Black Beauty fostered a love for animals and horses that would carry on throughout her life.

When Julie was five, her family moved to Clifton Springs, New York. She, along with her little brother Kevin could be found ice skating, riding a toboggan, playing baseball and swimming. She won many awards in 4-H club as well as the county fair for the prized rabbits that she and Kevin raised in the barn behind the home.  She loved working with her father in the garden and learning to sew and cook with her mother.

When Julie was in sixth grade, she was given a school project to dissect a bullfrog.  Her teacher at the time encouraged students by offering a prize to the most knowledgeable participant. Julie won this competition and was presented with her very own bullfrog to take home to dissect, much to her mother’s dismay.  It was during this time her parents began to notice a desire in their daughter to understand science and anatomy.

Her family of four enjoyed their time in New York but moved back to the western U.S. when Julie was 14, settling in St. George, UT. She attended Dixie High School (class of 1978) where she was a Jetette and a member of the singing and dancing group named Spirit. She loved arithmetic and achieved a perfect score on the ACT in math.

Julie met her first husband, Doug McCann at Brigham Young University. They welcomed their son Brian in 1981 and their daughter Shannon in 1984. Brian and Shannon became the greatest joy and love of her life. She loved being a mother, nothing in the world meant more to her than her two babies.

Julie graduated with a Bachelor of Science in Nursing degree from Westminster University in 1987.  She was the Valedictorian of her class and was voted most likely to succeed by both her professors and fellow students. After graduating, she worked as a nurse at Dixie Regional Medical Center in St. George. She moved with the kids to Mesa, AZ in the summer of 1990 where she pursued her dream of becoming a medical doctor at the age of 30, enrolling in pre-med at Arizona State University.  She was later accepted to the University of Utah Medical School. She graduated in 2000 and after a residency in Spokane, WA, began her career as a Medical Doctor specializing in Internal Medicine in St. George. She loved caring for and helping others and she was passionate about practicing medicine.

After only twelve years as a practicing physician, Julie was forced into early retirement when she was diagnosed with an aggressive cancer. At this time, she rediscovered her love of arts and crafts, devoting much of her time to creating art for others.

Julie is preceded in death by her husband, Tony Knowlton.  She is survived by her parents, Ray and Melzie Ganowsky; her son Brian McCann, his wife Jessica, and their four children Boston, Cozette, Madelyn, and Grace; her daughter Shannon McCann, her husband Will Sartain and their son, Oliver; her brother Kevin Ganowsky, his wife Rebecca, and their three children and spouses Patrisha (Jake), Garrison (Shelbi), and McKlane (Jessica).

We will miss her adventurous spirit and unique quirkiness. We love you mama.

A private service will be held in St. George, UT for immediate family.  You can stream this service live on May 23rd, 2020 at 11 AM MST via Hughes Mortuary youtube channel.

To send flowers to the family in memory of Julie Lyn Knowlton, please visit our flower store.
Send a Sympathy Card