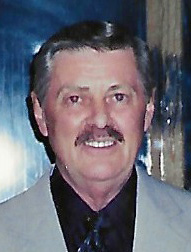 Neal Keith Williamson - 83, passed away at home, surrounded by his loving family on Monday, March 27, 2017. He was born on January 31, 1934 in Benkelman, Nebraska to Harold Williamson and Viriginia Loveland Williamson.

During his lifetime he lived between Bountiful, Utah and St. George, Utah and enjoyed spending time with his family. Keith served in the United States Navy from 1955-57 and in the Navy Reserves until 1961. He enjoyed the outdoors and could always be found tending his flower gardens, or tinkering in his shed while working on numerous projects. He retired from Williams International in 1998, where he worked as an Aerospace Machinist.

He is survived by his wife, Twilla "Ty" Williamson; children, Teresa Jordison (Michael) and Sherri Delgado (Israel ); and numerous grandchildren. He is preceded in death by his parents; brothers Ellwin and Corky Williamson; and previous wife Barbara Williamson.

To send flowers to the family in memory of Keith Williamson, please visit our flower store.
Send a Sympathy Card