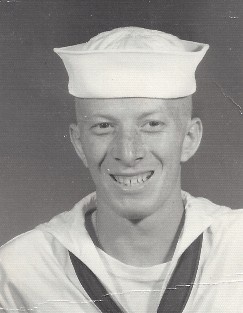 Kenneth A. Lenois Jr, 72, passed away August 11, 2015. He was born September 25, 1942 in Springfield, Mass. to Evelynn Louise Sulham and Kenneth A. Lenois Sr. He
married Linda Atencio on July 23rd, 1977 in Kearns, UT. He was raised in various places, including Rockville, UT, and went to Hurricane High School. In 1961 he joined
the US Navy and served for 13 1/2 years, traveling to many different countries, before he was forced to retire due to an accident. During his time of service, he received the
National Service Medal, Vietnam Service Medal with one Bronze Star, and Vietnam Campaign Medal with Device. He left with an Honorable Discharge. After his time in
the Navy he worked for the US Post Office as a Mechanical Drafting Engineer, retiring in 1998. His hobbies were making hunting knives and walking sticks, and especially
loved playing the guitar. He loved the young people and had many good qualities.

To send flowers to the family in memory of Kenneth Arthur Lenois Jr., please visit our flower store.
Send a Sympathy Card