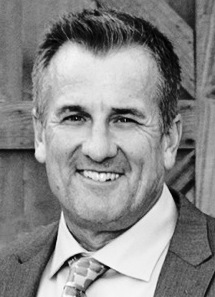 Kerry Maurice Hinton (55) passed away peacefully at home Saturday, November 5, 2016, following a courageous battle with esophageal cancer.  Kerry was born March 30, 1961, in Provo, Utah, to Maurice and Lynne Hinton. He was the oldest of their seven children.

Growing up Kerry lived in Utah, Colorado, Oklahoma, and North Carolina.  He graduated from Durango High School in 1979.  He served an LDS mission in Brisbane, Australia and loved every minute of it.  Following his mission he attended Dixie College then Utah State University, graduating with a degree in Business Administration.  Following graduation, Kerry moved to Southern California. In 1993 he married Julie Jenkins. They were blessed with three children, Kaylee Rae, Kason Maurice, and Jaynee Lyn. They later divorced.

As a single father, Kerry wore many badges and he loved them all.  He became an expert at cooking, cleaning, and loving his kids.  He also became an incredible sideline soccer enthusiast.  He loved to watch his kids live their lives.

On October 16, 2015 Kerry married Jody Woolums and their happy union formed a family of eight.  His greatest love was his family and the time he spent with them. It’s what kept that big contagious smile on his face.

To send flowers to the family in memory of Kerry Maurice Hinton, please visit our flower store.
Send a Sympathy Card