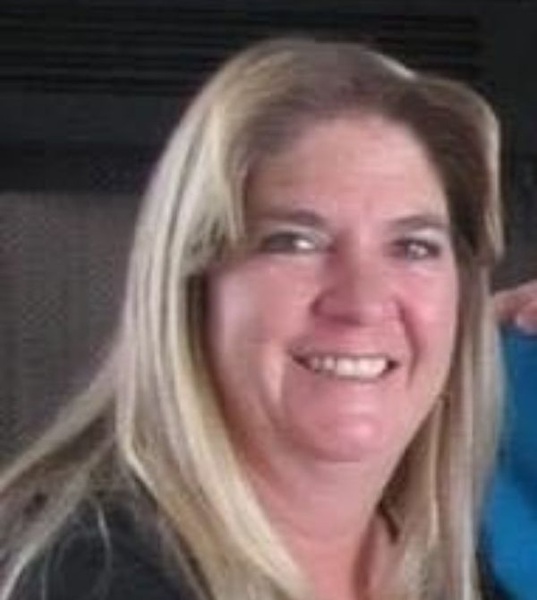 Kim Prior was born Kimberly Sue Harbour on September 27, 1962 in El Paso, Texas at the Hotel Dieu (a hospital which operated for almost 100 years and whose name means, “House of God.”) She passed in St. George, Utah after a seven-year long battle from repercussions of a stroke. Kim’s vibrant, larger-than-life spirit lives on and ls lovingly held by Jesus Christ to whom she prayed.

As a child, Kim was playfully mischievous and adorably cute, often getting away with things that her older siblings couldn’t! She married young and gave birth to daughter, Jenn and son, David. She later re-married and gave birth to son, Phil. Her three children and eight grandchildren were more important to her than life itself. Three years ago, she met Shawn Prior, another stroke victim and they married at a nursing home ceremony attended by family and friends.

Unexpectedly and miraculously, Shawn passed away exactly two weeks before Kim. We believe he subconsciously willed this so that he could be waiting for her in Heaven. Shawn and Kim loved each other deeply.

Kim was a hard worker, attentive mother and involved community member. For many years, she managed apartment complexes in southern California. After moving to St. George when her children were young, she worked at Sears before becoming manager at the Sears Appliance Store in Mesquite, Nevada. She had many passions and interests, including her love of food (one of her specialties was cooking a big batch of green chile enchiladas,) organizing parties, going “all out” for holidays, Buffalo slots, camping, sunsets at the beach and the Dallas Cowboys. She absolutely loved to dote on her “grandbabies” as she called them. She could often be heard saying, “I love you so much, baby” to her children, grandchildren or husband. She had a generous heart. After her older son miraculously survived liver cancer as a boy, she became a champion for other young cancer victims, organizing fundraisers and doing whatever she could to help other suffering families. Kim also had a big laugh and loved to tease, often putting on foreign accents while ordering food at a drive-through or pulling a prank on someone then following up with, “But I wuv ya!” She enjoyed music and dancing and wasn’t afraid to be the first one on the dance floor. Surely, she is dancing right now with Shawn and the angels in Heaven.

To send flowers to the family in memory of Kimberly Sue Prior, please visit our flower store.
Send a Sympathy Card